Revealed: ‘Ivory trafficker’ is arrested over slaughter of endangered black rhinos at the Malawi wildlife sanctuary Prince Harry will visit on Monday – after police uncovered haul of horns, hippo teeth and crocodile skins

By NewsroomSeptember 30, 2019Anti-poaching, Conservation
No Comments

A man accused of ivory trafficking faces jail over slaughter rhinos at a Malawian wildlife sanctuary where Prince Harry will visit on Monday.

Yunhua Lin was arrested after a dramatic police swoop seized a haul of rhino horns, hippo teeth and crocodile skins.

The horns come from the endangered black rhinos butchered at the Liwonde National Park where the Duke of Sussex worked on one of the world’s biggest conservation projects.

Harry spent three weeks at the 212-square mile park, in the south of the country, as part of a project to re-introduce 500 elephants in 2016.

He is due to visit Liwonde again on Monday as part of a 10-day Royal tour of Africa, his first overseas engagement with Meghan and their five-month-old son Archie.

Michelle Harper, of the African Conservation Foundation told MailOnline: ‘Harry will be horrified to learn that rhinos from the park where he spent three happy weeks have been slaughtered for their horns. 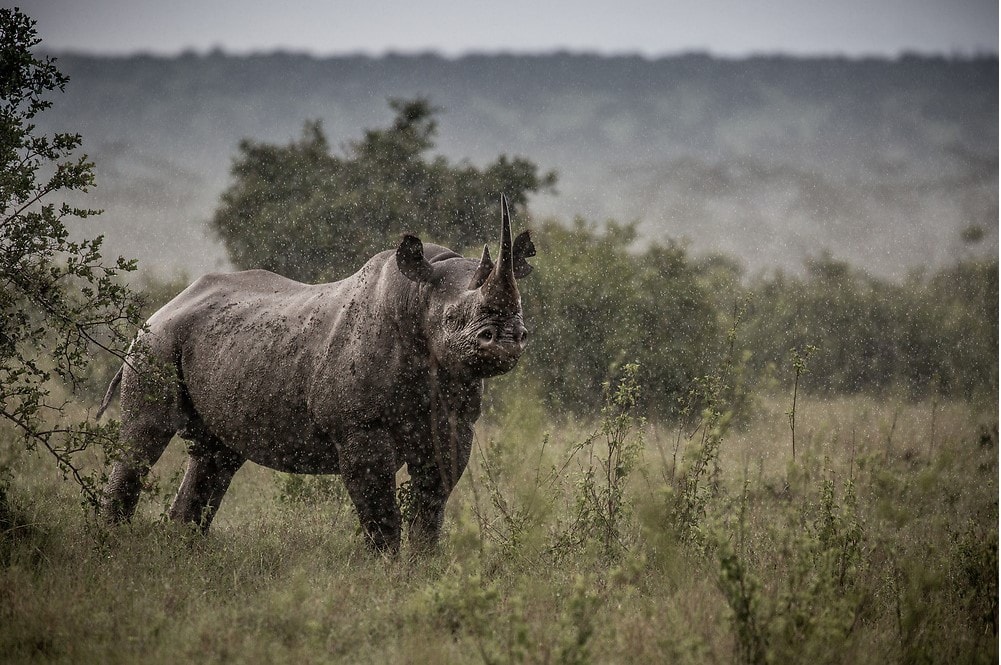 ‘The Duke worked closely with authorities in the park three years ago when he helped move 500 elephants and so has a great affinity with all of the park’s animals.

‘However he’ll be pleased that authorities in Malawi appear to be winning the fight not just against the poachers but also the traffickers responsible for ultimately driving the demand for ivory and the killing on the ground.’

Crime boss Lin, 46, described by the Malawi Government as a ‘notorious ivory kingpin’, was targeted in coordinated police raids across six properties in May. He initially escaped and went on the run for three months before eventually being tracked down in Liwonde and arrested in August.

Lin, known as Lee ‘Fingers’ because he is missing three digits on his left hand, is currently in jail on remand and is expected to appear in court on October 8. He is charged with illegal possession of listed species and dealing in Government trophies contrary to the National Parks and Wildlife Act.

His gang also face charges of illegal possession of firearms and explosives. Among those arrested during the police raids in May were Lin’s wife Qin Hua Zhang, 42, and son-in-law Li Hao Yaun, 28.

At the time both were on bail for separate trafficking offences that they were finally convicted of this week.

Zhang and Yaun were arrested with two Malawians in December 2017 at a farm in the Malawian capital of Lilongwe.

They were found with ten pieces of ivory – weighing 21 kilograms – alongside illicit drugs, and crocodile skins.

The gang were convicted of illegal possession of, and dealing in, a listed species at the magistrates court in Lilongwe on Tuesday. They could be jailed for 30 years.

Mary Rice, Executive Director from the Environment Investigations Agency said, ‘I am delighted to see the Government of Malawi making such progress in its fight against organised wildlife crime.

‘Malawi was recently identified as Southern Africa’s principle transit and distribution hub for wildlife traffickers, and subsequent successes such as this are attracting positive interest and praise from the international community.

‘We shall be watching the progress of these cases with great interest.’