By NewsroomFebruary 20, 2020Uncategorized
No Comments

GUWAHATI: One woman, Indira Devi, a resident of Goruduba village, Barchalla, was seriously injured by a rhino in the wee hours of Wednesday. As per reports the rhinoceros strayed from the nearby Orang National Park. It has created panic among the villagers of the area.

The injured woman was working in her fields when she was attacked by the rhino. She has been admitted to Tezpur Medical College and Hospital for treatment. 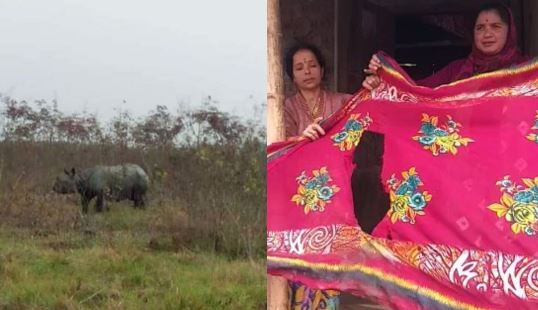 The rhino was seen wandering around in a nearby rubber plantation. Locals informed the Assam forest department about the rhino sighting. Forest officials immediately reached the spot and are guarding the rhino but have not been successful in sending it back to Orang National Park.

The forest department officials suspect that the rhino has come out of the park in search of food.