Rhino cow and her calf killed by poachers 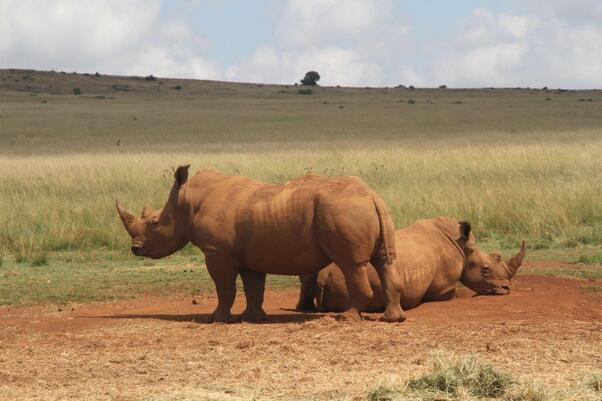 Two of the rhinos at the Bathongo Rhino and Lion Nature Reserve. Image: As originally published by Krugersdorp News.