By NewsroomDecember 12, 2019Anti-poaching
No Comments

The processing of forensic samples from rhino poaching crimes has apparently ground to a halt, with a major backlog of cases.

This follows after the contract with RhODIS was allegedly not renewed by the SAPS. 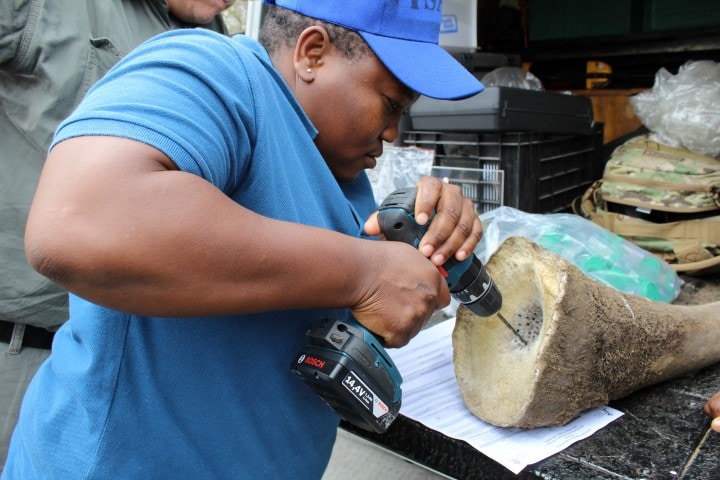 In 2017 the police suddenly issued a tender for the DNA contract, stating that all cases must first go to all investigators, who in turn must first take their samples to the forensic science lab in Silverton, and then depending on the cases, it would go back to RhODIS.

This tender took almost six months to be awarded, and was given to RhODIS, who was handling the cases beforehand in any case. This already created a backlog. The two-year contract for rhino DNA and stock theft expired in July, and has not been renewed.

A source close to the matter confirmed that the processing of forensic cases at poaching scenes has also been affected and that the police stopped using the RhODIS kits as early as 2017. The police apparently developed their own processing kits, but according to the source, these kits have now run out.