‘Rhino Fausta’ had a market value of Sh760m (Tanzania)

By NewsroomJanuary 4, 2020Conservation
No Comments

‘Fausta’ the rhino that died in the Ngorongoro crater of what is believed to be a natural cause over the weekend, had a market value of Sh 760 million. A senior official of the Ngorongoro Conservation Area Authority (NCAA) told this newspaper early last year that the animal was worth that money.

The female rhino just like other 50 plus members of the critically endangered kin was under a 24 hour camera surveillance within the crater. Wildlife experts in Arusha on Monday, December 30, 2019 played down the death of the black rhino, saying it should not cause any alarm for the area’s tourism.

“If it is proved it has died of natural cause, it should not cause any panic. There are plenty of rhinos in Ngorongoro and elsewhere”, said one of them. 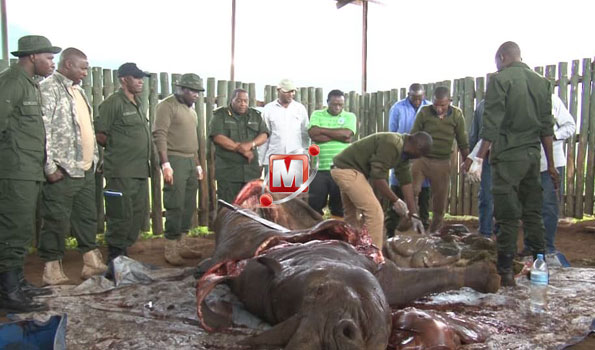 He told The Citizen rhinos in Ngorongoro and other parts of the country were highly protected and thus fairly safe from both diseases and poachers.

A wildlife veterinary expert who once worked with the NCAA said he had known Faru Fausta for years and was not surprised by its death. “At 57 years, she was probably as the oldest rhino in a free range. Even in captivity the others succumb at the age between 38 to 43 years”, he said.

Records indicate the female rhino was born in 1962 at a time when the entire conservation area, including the crater, had more than 100 rhinos. It was first sighted in the crater in 1965 inside the 260 km square crater. It was moved to a specially prepared sanctuary for 24 hour care due to deteriorating health.

Tourism and wildlife stakeholders, nevertheless, admitted rhinos were among the main attractions, pulling many tourists to the crater, an amphitheatre like caldera. “Inside the crater, it is much easier to see them within hours. There is a guarantee of seeing rhinos than any other place”, said Dr. Maurus Msuha, the director of Wildlife Division in the Ministry of Natural Resources and Tourism.

He told The Citizen on phone from Dar es Salaam that the ministry was in touch with NCAA on the matter and that wildlife veterinary experts were at the site.

According to him, Ngorongoro was among the three main sites in the country where rhinos have been re-introduced to boost their population. The others are the Serengeti and Mkomazi national parks, he said, declining to reveal the current population of the endangered animals hunted down for their horns. However, an official of the conservation agency who spoke on condition of anonymity said there were about 60 rhinos under protection within the crater.

“Rhinos are among the Big Five members who attract multitudes of visitors to the crater every day”, she said, noting this has made the crater an iconic site.