By NewsroomAugust 16, 2021Wildlife Crime
No Comments 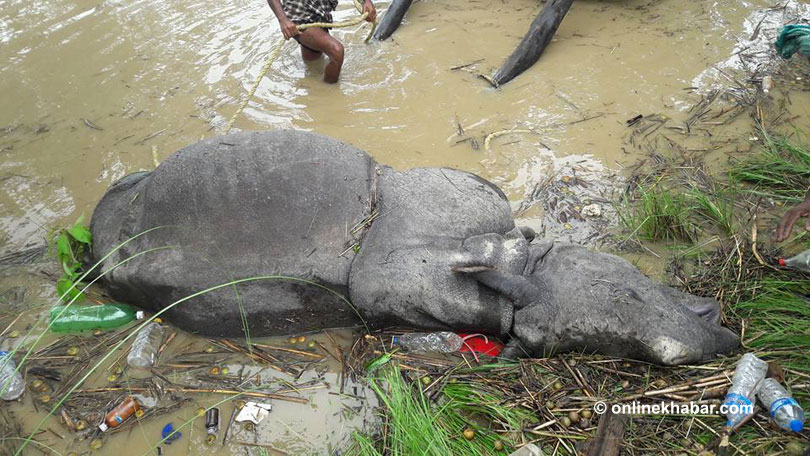 The rhino that was found dead in Chitwan National Park, officials say the rhino was dehorned. Image: As originally published by Online Khabar

A rhino was found dead in the Chitwan National Park (CNP) last week. The animal was missing its horn, officials said.

The national park’s chief conservation officer Ana Nath Baral said that the 20-year-old rhino was found dead near a swamp in Batulichaur of Ghahar which falls under the Madi Bagai sector of the national park.

Baral said the investigation was underway as they suspect that it might have been killed two months ago. A patrol team comprising Nepal Army and Chitwan National Park officials found the dead animal and have formed a high-level team to investigate the case.

The animal has a gunshot wound on his head, informed Baral. The gender of the rhino is yet to be determined as its body had already started to decompose.

Six rhinos have been found dead in Chitwan National Park within a month of the current fiscal year, according to the park officials.

The one-horned rhinoceros is an endangered species and despite efforts to control poaching, rhino-poaching continued in Chitwan.