By NewsroomAugust 4, 2020Conservation
No Comments 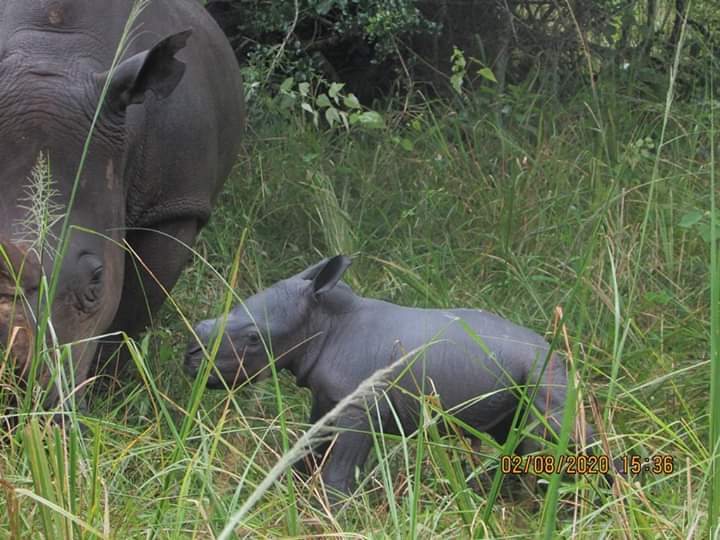 Rhoda is named by an American couple living in Gulu, northern Uganda, under the fundraising sponsorship initiative,’Name a baby Rhino’ that aims to raise funds for ranger operation in the sanctuary.

Mother Laloyo was born on Ziwa Rhino Sanctuary on 15 January 2012.  This is her second calf. Her first calf was also a female named Madam, born on 26 August 2017. Rhoda’s Father is a 20-year-old Male Moja who was one of the original 6 and he comes from Kenya. This birth is birth number 26 on the sanctuary bringing the total number of rhino on the sanctuary to 31. One 5-year-old male died on the sanctuary in 2015 from a broken leg.

Angie adds that Rhino Fund is expecting another 2 births during 2020. One from 20-year-old Bella and one from 7-year-old Uhuru.

If you wish to receive new articles related to Rhino Fund Uganda celebrates new birth enter your email address in the field below and subscribe.