The Ministry of Environment and Tourism have mobilised all available resources to collaborate with the Namibian Police in tracing the 34 rhino horns that was stolen from a house in Outjo during a burglary.

According to the MET’s Director of Wildlife and National Parks, Colgar Sikopo, the incident is a cause of serious concern for the ministry as the custodial authority because of the reputational damage the incident caused to Namibia as a responsible manager of wildlife and other natural resources.

“Of course the loss of so many horns has a negative effect on Namibia’s reputation and because of that we are taking it very serious. We have deployed all available resources in the form of our Investigative and Intelligence Unit to work closely with the detectives from the Protected Resources Unit of the Namibian Police to get to the bottom of this.” 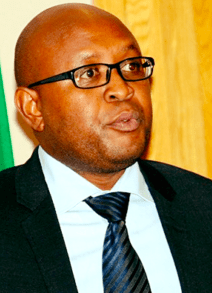 Sikopo said no suspects have been apprehended yet but that the investigation is still at a very early stage.

“Our investigative unit has been in Outjo since the incident was reported and we are gathering all available information to investigate the matter thoroughly. The police are doing the same and by working together we should be successful in resolving the matter.”

Sikopo said despite the setback representatives of the Namibian Government will travel to the 18th meeting of the Conference of the Parties to the Convention on International Trade in Endangered Species of Wild Fauna and Flora (CITES CoP18) which will take place in Geneva, Switzerland from 17-28 August 2019.

Decisions taken in Geneva will have a real and immediate effect on the legislation, regulation, and operating practices across the globe for international trade in species listed on the CITES Appendices.

Namibia approached CITES recently with a request to sell legally harvested rhino horn and ivory on the open market.

“We are going there as the Namibian Government to present our proposals in this regard. The theft of so many rhino horns is bad but we still have healthy population of rhino and elephant. As a government we always keep to our constitutional obligation to protect natural resources and to utilise such resources in a sustainable manner. The incident in Outjo should not have a significant effect on the country or any proposals made at CoP18. The stolen horns were from dehorned rhino which could count in our favour.”

The 34 horns that was stolen during the burglary over the past weekend belongs to the farmer and the person was licensed to keep the horns in a private safe. Sikopo said the horns are from dehorned privately owned white rhinos.

Apart from the horns the burglars also stole large amounts of cash in United States Dollars, Euro, South African Rand and Namibian Dollars. The total value of all the stolen goods was N$100 million.

The inspector General of the Namibian Police, Lieutenant General Sebastian Ndeitunga, said that none of the stolen money or items had been recovered or any of the suspects rounded up yet.