By NewsroomMay 5, 2020Conservation
No Comments

A rhino that had been roaming with injuries in the Jaldapara National Park of Alipurduar was sedated and treated by foresters under the supervision of a veterinary officer who had been posted recently at the park. 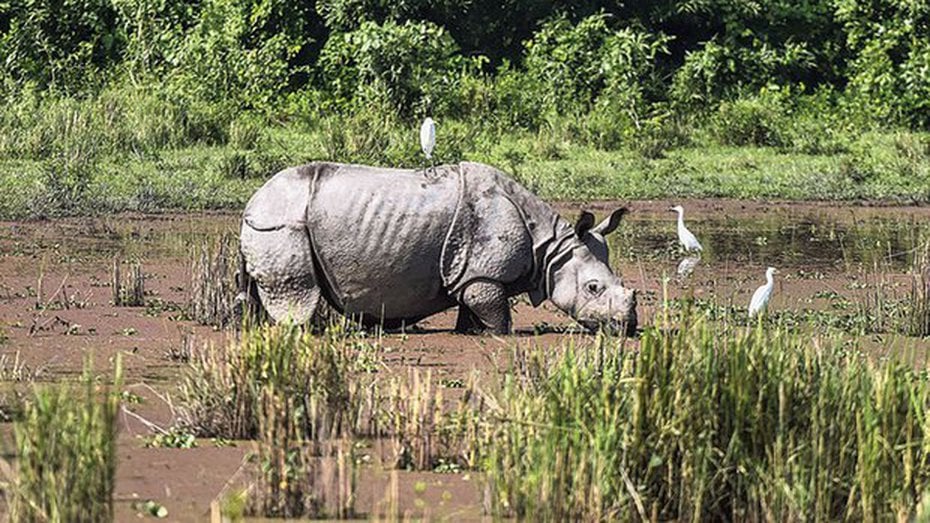 Original photo as published by The Telegraph India.

During routine patrolling, forest guards spotted the animal that was roaming with the injury. The animal had a gash of around 16 inches below its abdomen, on the right side.

“We spoke to senior officials and took the task of locating and tranquillising the rhino. The injury was then treated and it took about an hour. Necessary medication was provided to the animal and after it regained its senses, our men are monitoring its movement,” said Vimal.

In Jaldapara, it was only a month ago that the state forest department deputed a veterinary officer to treat animals.

“The treatment was successful. This is the first wild rhino that has been treated by the veterinary officer after his posting in Jaldapara,” said a forester.

It was a longstanding demand of wildlife conservationists of north Bengal that a vet be posted in the national park that is home to around 250 one-horned rhinoceros. It is the largest habitat of rhinos in Bengal.

In February this year, five adult rhinos and three rhino calves had died in a span of two weeks by an unknown disease. This made the forest department depute the vet for the park, said sources.

Added to the rhinos, there are 60-odd pet elephants at the park, along with other herbivores for which a veterinary doctor is required, pointed out the forester.

“So far, we had to bank on vets posted outside. As the lockdown is on, it would have been a cumbersome task to get one of them at the park. It is good that we have a vet at the park itself and he can attend to such cases at any time,” he added.