Rhino killed every 10 hours in Africa, births not keeping up with poaching losses

By NewsroomOctober 14, 2019Anti-poaching, Conservation
No Comments

World rhino populations have reached a tipping point as births are no longer keeping up with poaching losses.

“Two of the world’s five rhinoceros species could be lost in our lifetime,” said Susie Ellis, executive director of the International Rhino Foundation. “Rhinos across the globe are threatened by rampant poaching to feed illegal markets, by habitat loss, and by other factors ranging from inbreeding to invasive species.” 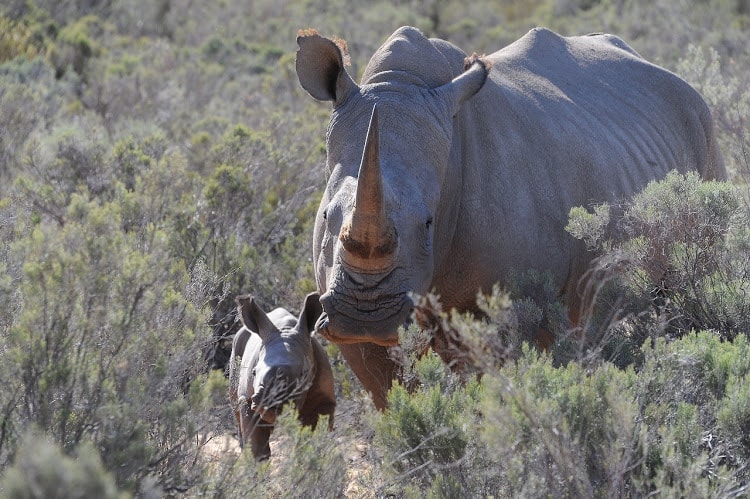 White rhinos, which number 18,000 today, have been most heavily affected by poaching over the past two years.

The species is more susceptible to poaching, largely because they generally live in more open habitats where they are easier to target.

“Africa’s other rhino species, the black rhino, is slowly coming back from horrendous losses,” said the foundation.

By 1993, fewer than 2,300 rhinos remained from populations numbering more than 65,000 in the 1970s. Today, black rhino numbers hover at about 5,500 animals. Poaching remains a threat, however. “The declines would have been far larger if not for the enormous protection efforts by governments and conservationists in Africa,” said Ellis.

In Asia, strict protection by government authorities in India and Nepal has resulted in remarkable conservation successes for the greater one-horned, or Indian, rhino which has rebounded from fewer than 100 individuals to more than 3,600 today, said the foundation.

In Indonesia, however, fewer than 80 Sumatran rhinos remain. “The species is likely now the most endangered large mammal on Earth, with declines of more than 70 percent in the past 20 years.” And Javan rhinos, numbering no more than 68 animals, are found only in one national park in Indonesia.

The foundation recommends that rhino conservation for all five species must incorporate bolstering anti-poaching activities or “boots on the ground”, intensive monitoring and active management of wild populations, and commitments to international treaties to foster more effective international collaboration to combat the entire criminal supply chain, particularly in Asia.