By NewsroomNovember 14, 2019Anti-poaching
No Comments

Forest officials have arrested a man, who was allegedly involved in rhino poaching in Orang National Park and Tiger Reserve in Darrang district. 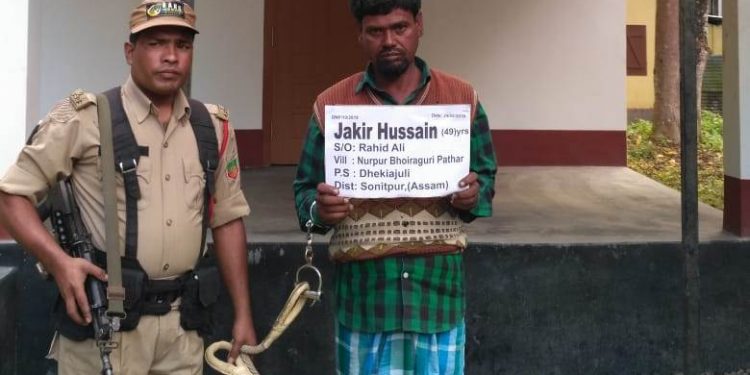 Original photo as published by Nenow.in: Rhino poacher Jakir Hussain, 49, was arrested on Tuesday from his home.

A forest official said, Jakir, who was earlier also involved in the incident of rhino poaching, planned to kill rhinos at the Orang National Park.

Earlier in September, a rhino poacher was shot dead by a joint team of the police and forest guards in the National Park.

In October, Darrang police apprehended three poachers along with arms and ammunition in two separate incidents.

Spread over 79-sqkm, Organg National Park has 101 one-horned rhinos, 24 Royal Bengal tigers and many other avian and aquatic species.

But rhinos and tigers face threat of international gang of poachers.