By NewsroomOctober 1, 2019Anti-poaching
No Comments

GUWAHATI: A rhino poacher was shot dead by a joint team of the police and forest guards in Assam’s Orang National Park in the wee hours of Saturday.

The body, which was yet to be identified, was sent to a hospital for post-mortem. The security personnel recovered one .303 rifle, a bag, an axe and five live cartridges from the site of the incident. 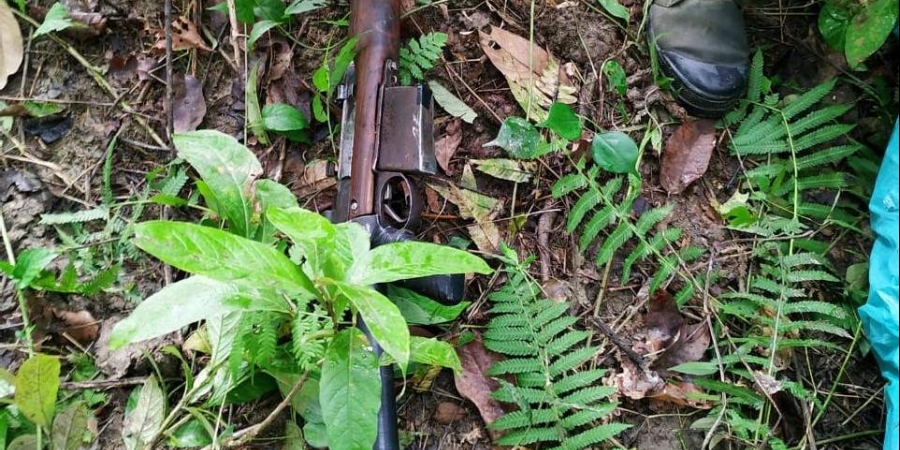 Original photo as published by The New Indian Express: The park authorities suspected that three to four other poachers managed to flee after the encounter. | (Photo | EPS)

A forest official said they received intelligence inputs that a gang of poachers would make an attempt at the national park. Accordingly, a joint operation was launched.

“In the wee hours of today, the team encountered the poachers which led to an exchange of fire. During a search operation later, a poacher was found, injured. He was rushed to a hospital but the doctors there declared him dead on arrival,” the official said.

The park authorities suspected that three to four other poachers, part of the gang, managed to flee under the cover of thick jungle and darkness.

The rhino is killed for its horn, considered an aphrodisiac for both males and females. The horn, often smuggled through some of Assam’s neighbouring states, could fetch over Rs.1 crore in the international black market.