By NewsroomNovember 4, 2019Anti-poaching
No Comments

As per information received, the duo planned to kill a rhino and was coming from Pisolamukh Kutumghat of Gohpur via south bank of Brahmaputra Ruhitaghat to Bokakhat, where the operating team succeeded to nab them. 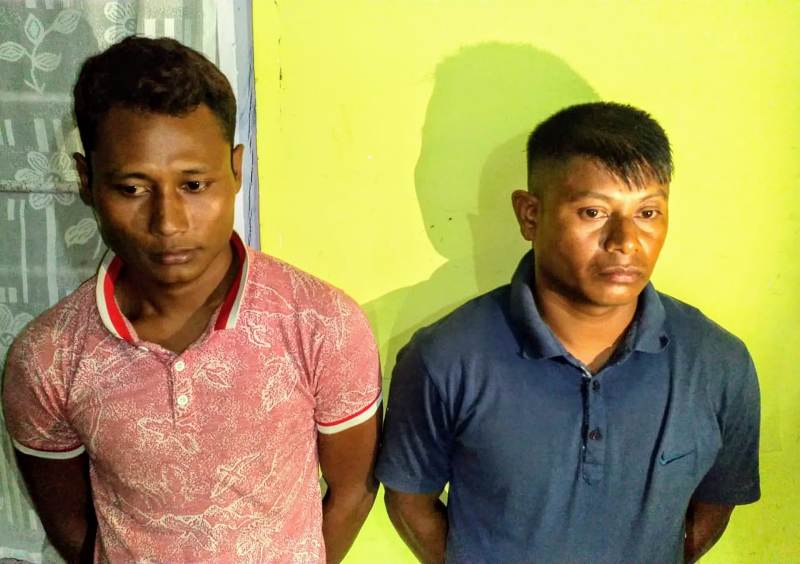 The arrested have been identified by police as Ranoj Pegu of Gohpur and Kiron Das / Maina of Borachuk. The operating team led by Assistant Conservator of Forest, Krishna Kanta Deuri also succeeded to recover a .303 rifle and 7 rounds of live ammunition from the two poachers. Gun silencer, bottles of unidentified liquid chemicals along with other objectionable items was also recovered from them.

Kiron Das/ Maina was also involved in rhino poaching cases in the past. Interestingly, arrested Ranoj Pegu was serving in a forest camp inside the national park till July of the current year, as a home guard.