Rhino poachers on Tuesday night attacked a police team with sharp weapons, and injured a sub-inspector near Bokakhat in Upper Assam’s Golaghat district. Acting on a tip-off, a police team, led by additional superintendent of police of Golaghat, Surjeet Singh Panesar raided a hideout at Lauthoujan, about 12 kms south of Bokakhat.

As per reports, three poachers were hiding in a house at Lauthoujan village, and were planning to poach rhinos in Kaziranga National Park’s Agoratoli range. 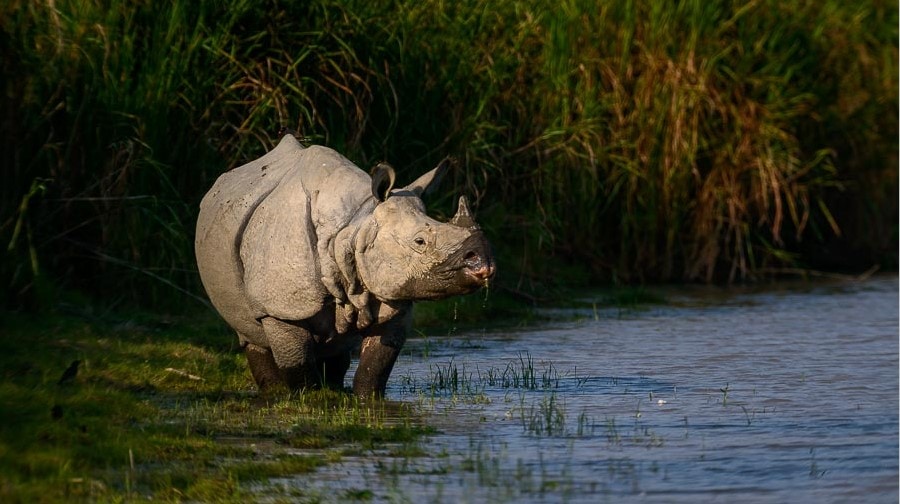 As the police team tried to zero-in to the hideout, the poachers, under the cover of darkness, suddenly attacked the police team with sharp weapons. Mayurjyoti Gogoi, the officer-in-charge of Kamargaon police station, who was in close range of the attack, sustained deep cut on his left arm.

“When we confronted with the poachers, one of them suddenly attacked Gogoi with a sharp weapon,” Panesar said. Taking the advantage of darkness, the gang of poachers managed to give a slip to the police personnel. Gogoi was later admitted at the Bokakhat Civil Hospital.

The police raid was based on intelligence input that the wildlife smugglers were on the prowl in the eastern range of the Kaziranga National Park. Kaziranga is home to the world’s largest population of one-horned rhinos. Poachers often kill rhinos and take away the horns.

Rhino horns are high in demand in the South East Asian market as an “aphrodisiac”.

Police recovered one .303 rifle and several rounds of live ammunition from the hideout.

Later, a search operation was launched in the area to nab the poachers. No one has been arrested.