By NewsroomMarch 19, 2021Law & legislation
No Comments 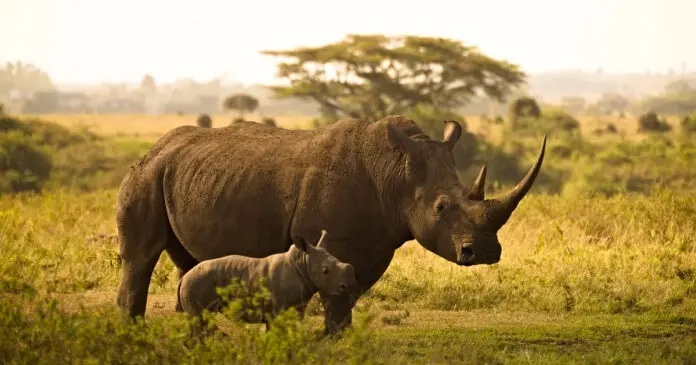 In February 2021, three accused suspects – who were arrested back in August 2018 – were sentenced after a long trial by the Mhala Regional Court. They were all found guilty of rhino poaching related charges including possession of two sets of rhino horns, a high caliber hunting rifle, ammunition and trespassing in a national park with the intention of committing crime and the illegal hunting of an endangered animal.

Accused number one Peter Mathebula was given an effective sentence of 23 years behind bars while his two co-accused, Mustard Mathebula and Artur Valoyi were sentenced to an effective four years in jail, said SANParks in a statement today.

The three were arrested by SANParks Rangers in the Houtboschrand Section of the Kruger National Park after reacting to shots that were fired.

This week, on Monday 15 March 2021, the court concluded yet another long running rhino poaching case dating back to 2016. Two accused – Bennet Martin Lubisi and Bennet Johannes Bendane – were sentenced to an effective eight years behind bars for poaching related charges. They were found guilty of trespassing in a national park, possession of an unlicensed fire arm, ammunition with the intention to commit a crime. They were arrested before they could kill an animal.

The Managing Executive of the KNP, Gareth Coleman, praised those who made the initial arrests, the investigative and prosecuting teams.

“Although it has taken some time, we are proud of the work done by the rangers, the investigating and prosecuting teams under very difficult circumstances. Successes of this nature show the importance of co-operation between the various state agencies to help combat the assault on the rhino population in the Kruger National Park. We hope that the many outstanding cases can be concluded as soon as possible so as to act as a clear deterrent to those involved” concluded Coleman.

Meanwhile it has been confirmed that cases will resume at the Skukuza Regional court as from 1 April 2021 onwards.