By NewsroomMarch 9, 2021Anti-poaching
No Comments 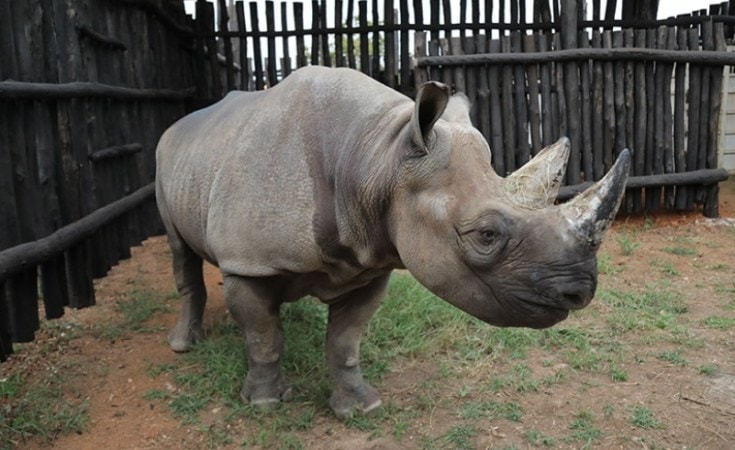 Recently there has been a decline in rhino poaching in the region. Image: As originally published by allAfrica.

The Kunene region saw a marked decline in cases of illegal poaching of rhinos in the last five years, with no incident reported last year.

Head of operations in the region Deputy Commissioner Jaron Iita said 28 rhinos were poached between 2015 and 2017.

“Criminals made attempts but they were intercepted and arrested,” said Iita.

Following the decline, poaching is now considered fourth on the crimes deemed to be prevalent in the region, surpassing stock theft, drugs, housebreaking and domestic violence.

Iita said of those who were arrested, 75% are locals from within the region.

He said the suspects, mostly the youth, are provided with firearms and sent to poach for unknown kingpins elsewhere.

Iita said of concern at the moment is stock theft, which made up 36% of the crimes reported in the region last year.

According to Iita, the trend of stock theft is on the increase in the region.

He said this is attributed to the large number of livestock in the region, as it is a livestock farming community.

In September last year, stock theft cases in the region went up by 11% and again by 12% in November.

There was a slight decrease of 8% in December, Iita related.

The commissioner said the police is vigorously engaging the community to see how best to reduce stock theft cases in the region.

“We are engaging the community, especially our traditional leaders to assist the police,” said Iita.

He related that the community in the region works hand-in-hand with the police to give information and goes as far as tracking the suspects with the police.

“It is really scarce to see a community with the police tracking suspects and we are succeeding in this aspect,” said Iita.