Rhino Poaching Down, but No Room for Complacency

By Peter BorchertAugust 6, 2020Editorial
No Comments 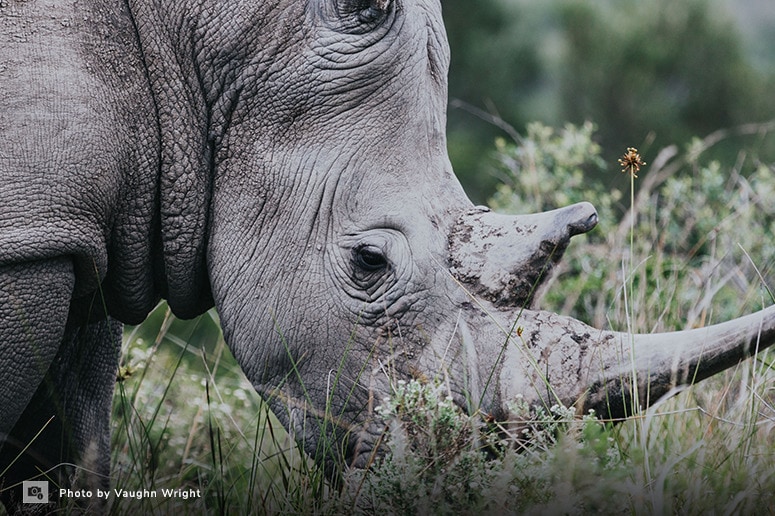 Rhino poaching in South Africa decreased by almost 53 percent in the first six months of 2020. Since the beginning of the year, 166 rhinos were slaughtered for their horns compared with 316 over the same period in 2019.

This is good news indeed, and certainly worth sharing. But while I understand Minister Barbara Creecy’s eagerness not to hide her department’s light under a bushel, her claim was somewhat disingenuous. With great bombast, she announced: “After a decade of implementing various strategies, and campaigning against ever-increasing rhino poaching by local poachers recruited and managed by crime syndicates, efforts are paying off.”

“We have been able to arrest the escalation of rhino losses,” she concluded grandly.

Really? I don’t want to detract from the ongoing and undoubtedly hard work of the country’s anti-poaching and intelligence-gathering teams. But it seems pretty apparent that a large part of the credit should go to the global disruption of almost everything in the wake of Covid-19. After all, South Africa went into lockdown at the end of March, and while 120 rhinos were lost in the run-up to that point, only 46 were killed in total during the following three months. Travel restrictions and curfews crushed the tourism industry in an instant. With hardly a vehicle on the country’s highways and byways, South Africa’s impressive network of conservation areas, state-owned and private, were closed for business. Would-be poachers going about their nefarious purpose would have stuck out like sore thumbs. Add to that a greater police presence in many places, and no wonder the horn hunters were persuaded to keep a low profile.

Nevertheless, the poachers still managed to hack to death a distressing number of rhinos and to take their horns. And as the country begins to reawaken and commerce attempts to bounce back, it will be challenging to keep the lid on poaching activities. I hope that we will be able to do that, but I think it is only realistic to expect some sort of resurgence on the part of criminals.

I say this because they certainly haven’t given up. While poachers might have been unable to access many rhinos in the wild, they continue to try. Witness the 95 arrests in and around Kruger National Park and the confiscation of some 40 firearms.

Neither have they lost their appetite for smuggling contraband wherever there is an opportunity to do so. Despite Covid-19-related disruptions to their supply chains, some of their efforts must be proving successful. It is gratifying, therefore, that at least one brazen attempt to move horn out of South Africa has been thwarted. A consignment valued at around US$6.7 million was seized by customs officials at Johannesburg’s O.R. Tambo International Airport in early July. It included 41 pieces of horn declared as “fine art” and destined for Kuala Lumpur via Doha.

The determination of crime syndicates to procure product and even create new markets for rhino horn is frightening in its intensity. And one story I read this week has a particularly sinister twist to it. Although there is nothing new in spurious claims regarding the curative powers of horn, traffickers have been quick to exploit claims that it can be used to treat a very contemporary ailment—Covid-19.

Writing for the South China Morning Post, Mary Holland refers to the London-based Environmental Inves­tigation Agency’s (EIA) discovery of images showing a product known as Angong Niuhuang Wan. It is described as the “ibuprofen” of Traditional Chinese Medicine (TCM). Believed to have originated in North Korea, the compound is advertised on WeChat by a China-based trader and shows rhino horn as an ingredient.

In the article, Holland quotes Vanda Felbab-Brown of the Brookings Institution, who reinforces the point, “While banning wild meat and shutting down markets and farms, the [Chinese] government has also been aggressively promoting traditional medicine as a cure for Covid-19 and exporting it to vulnerable places like Afghanistan and Pakistan.”

If the criminal networks are indeed starting to tout horn as a Covid-19 cure, we need to be especially vigilant. Even if anti-poaching forces can continue to curb poaching gangs in Kruger National Park and other hotspots, the criminals will not be deterred. In all likelihood, they will seek out other low-hanging fruit, with government and private stockpiles of horn proving to be just the opportunity they are looking for.

So, before Ms. Creecy crows too loudly about winning the battle against poaching, she needs to make sure the stockpile vaults are securely locked and guarded. No easy task in an environment riddled with corruption.