Rhino Poaching in South Africa in 2021 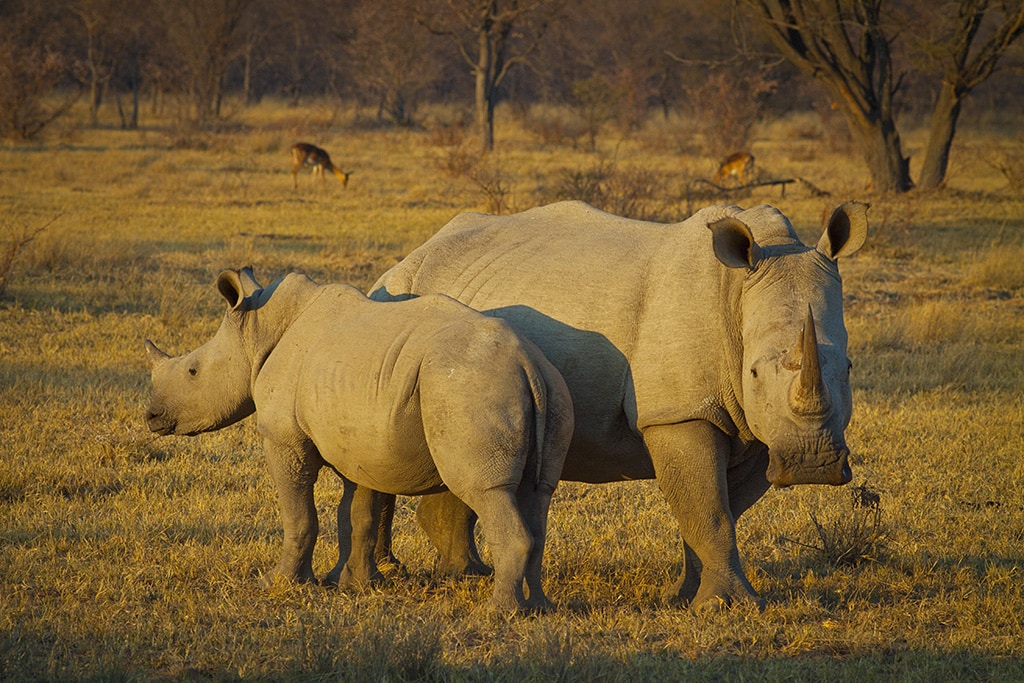 Press Release, Department of Forestry, Fisheries and the Environment | February 8, 2022

A total of 451 rhino were poached in South Africa in 2021, 327 within government reserves and 124 on private property.  While there is a 24 percent decrease in rhino poaching compared to the pre-Covid period in 2019, there has been an increase in poaching on private properties.

The steady decline in rhino poaching in Kruger Park is related to an increase in the intensity of anti-poaching activities in the Kruger National Park. A close working relationship between the police’s endangered species unit, the SANParks environmental crimes inspectorate has resulted in increased arrests and convictions.

One of the unintended consequences is that poaching syndicates are looking to other areas for easy prey and this has resulted in their targeting private reserves in Limpopo and Mpumalanga.

Over the last year conservation and anti-poaching efforts have intensified countrywide as a joint effort is made by state-owned conservation areas, government and private landowners to reduce the poaching of rhino in South Africa. More targeted deployment of resources is being assisted by the roll out of a CSIR-developed situational awareness platform known as CMORE into the integrated wildlife zones. Through this single technology platform all role players are able to collaborate, making use of real-time insights and analytical capability, linking, for example, camera traps and ranger patrols while integrating a range of other systems.

Information collected and communication flows through the Environmental Enforcement Fusion Centre (EEFC) which continues to support the teams at both a tactical level and strategic level.  Our analysis capabilities have also improved, resulting in the increased identification of those involved in rhino poaching and trafficking and improved and expanded investigations by multi-disciplinary teams.

SANParks, provincial nature reserves and private rhino owners are dehorning rhino to deter poachers, while SANParks is investigating the feasibility of additional actions such as anti-poaching initiatives focused on apprehending poachers and establishing additional founder populations outside the Kruger National Park.

Government continues to work closely with the private sector and non-governmental organisations through the Integrated Strategic Management of Rhinoceros approach and the draft National Integrated Strategy to Combat Wildlife Trafficking (NISCWT) to address rhino poaching.

In 2021 there were 189 arrests in connection with poaching activities: 77 within the Kruger National Park and 109 outside the Park. This compares with 156 people arrested countrywide in 2020. In the 38 verdicts handed down by the courts, 37 cases resulted in the conviction of 61 accused rhino poachers/traffickers.

The following are among some of the successful prosecutions during 2021:

On the international front, the following are examples of the important work that is taking place between South Africa and those countries implicated in wildlife crime:

South Africa remains committed to safeguarding the country’s rhino populations, and will continue to work tirelessly, alongside the private sector, committed NGOs as well as authorities in transit and destination countries, to combat wildlife crime.