Rhino poaching: the trade and the convictions 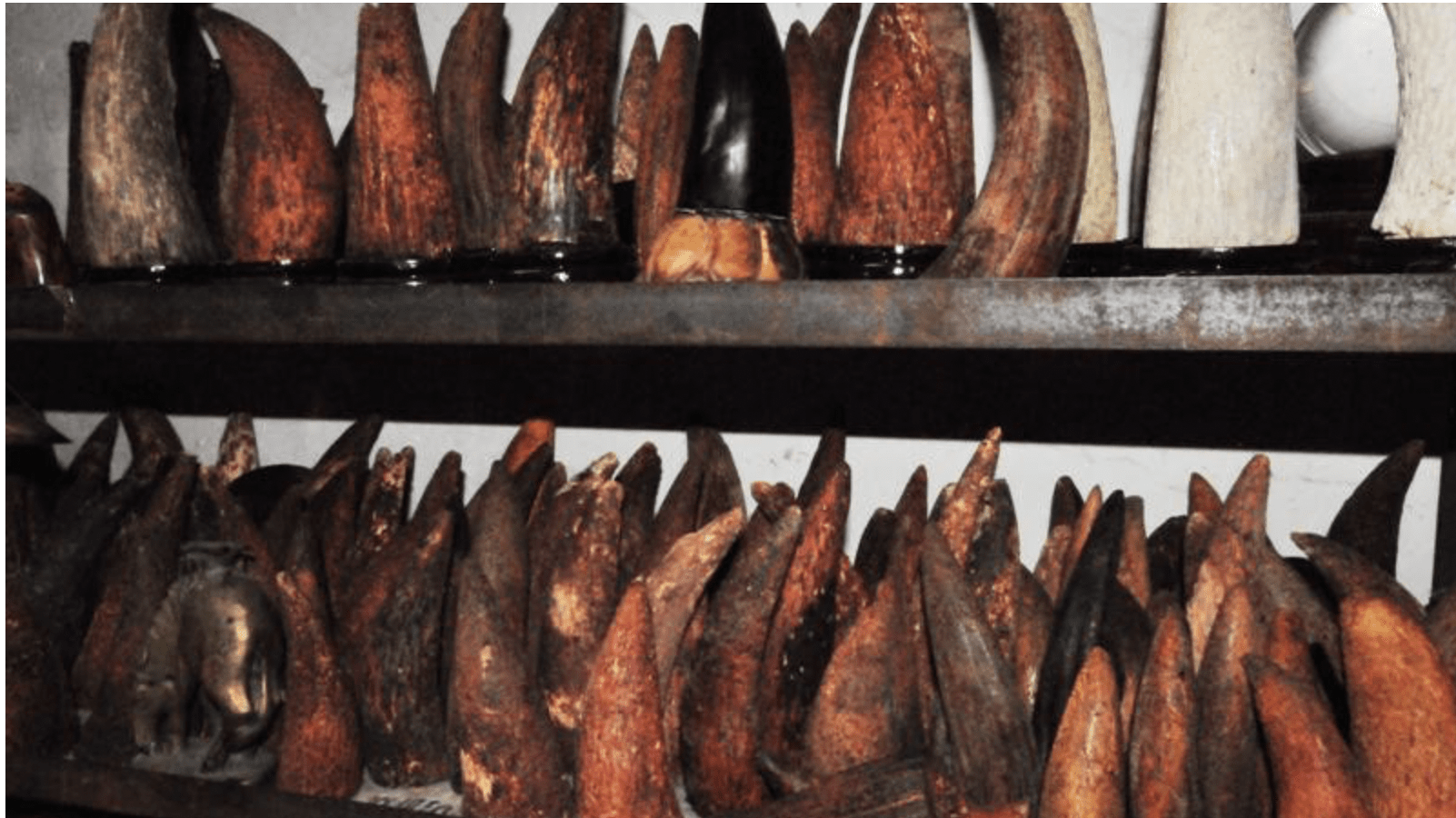 A shelf of rhino-horn fakes in a Guangzhou, China, shop which had on display more rhino horns than are removed from Africa in a whole year. If so many are fake, all economic theories regarding the demand and supply of rhino horn go out of the window and overall demand is a multiple of the horns coming out of Africa. (Image by Karl Ammann/IOL)

Cape Town – Poaching continues to decimate the rhino population with 451 rhinos poached in South Africa last year, 327 of them from government reserves and 124 from private property.

According to a report by international wildlife trade organisation, Traffic, medicinal myths and cultural beliefs continue to drive rhino poaching.

“Please see this report by Traffic, the international wildlife trade organisation, for information about rhino trade and why it still happens. The rhino were poached at Inverdoorn in December, which is a private reserve.”

The report shows that urban myths surrounding the medicinal properties of rhino horns were among the main drivers of rhino poaching. It is believed to be a cure for cancer, hangovers and enhancing male virility, among others.

“The cultural and social nature of this demand has created a highly lucrative market for criminal enterprises to exploit, giving rise to highly organised global poaching and trafficking networks.”

According to the Traffic report, roughly 80% of African rhinos are found in South Africa which bears the brunt of the continent’s rhino poaching.

In February 2021, the Department of Forestry, Fisheries and Environment released a report after several convictions were made, four in the Western Cape.

They said in 2021, 209 rhino horns were poached in South African National Parks and all of which took place in the Kruger National Park and that the number had in fact decreased in comparison to 2020 with 247 cases.

The endangered specie was part of a poaching syndicate which even took place at private reserves in Limpopo and Mpumalanga.

The department’s Albi Modise said they had intensified their anti-poaching efforts which had resulted in convictions.

There were 189 arrests in 2021 relating to poaching, 77 within the Kruger National Park and 109 outside the park.

This compared to156 people arrested countrywide in 2020 and 38 verdicts handed down by the courts of which 37 cases resulted in the conviction of 61 accused rhino poachers/traffickers. The charges included racketeering, money laundering, theft, possession of rhino horns and the illegal possession of firearms.

In the report by Traffic said the past decade had seen a rise in poaching which was becoming catastrophic as greed continued.

“The last decade has seen rhino horn explode onto the global wildlife market, driving unprecedented levels of poaching that are sending rhino populations into crisis.

“Consumer demand for rhino horn is almost exclusive to Asian nations, with China and Vietnam occupying the top two consumer markets. Sustained economic growth in parts of Asia since 2008 has given rise to an increasingly wealthy, urban middle class, affording new opportunities for an increased quality of life and much-enhanced consumer purchasing power.

“This economic transformation is one of various enablers of the status-driven consumption of rhino horn that is steadily pushing the species towards extinction, further exacerbated by the looming scarcity (and in some cases therefore its desirability) of the wildlife product itself,” Traffic said.