By NewsroomNovember 2, 2021Wildlife Crime
No Comments 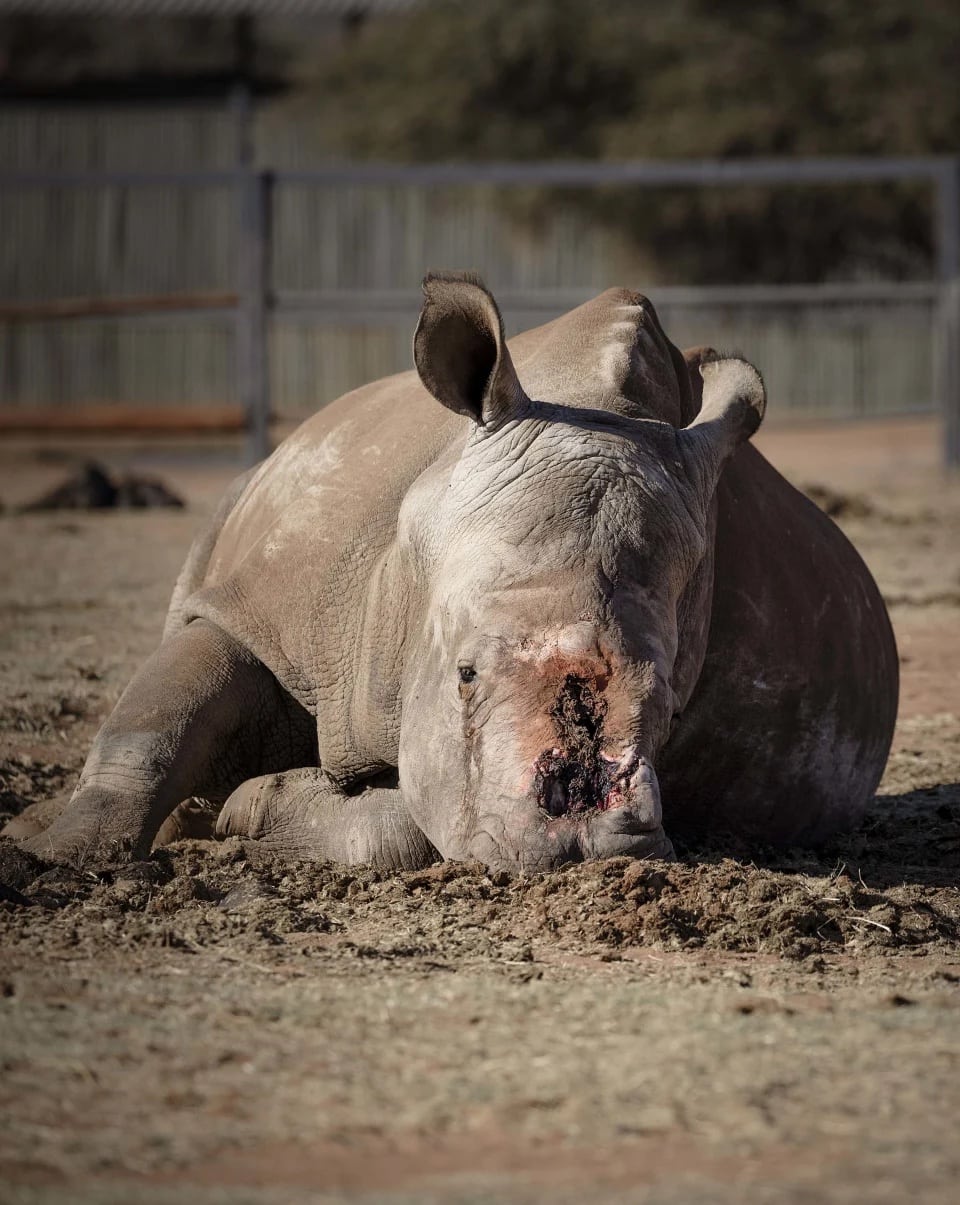 Heartbreaking images of a dehorned rhino with tears running down its face have been captured in a South African charity reserve.

In one image, the two-tonne Southern White rhino can be seen lazing in the sun with its horn removed and the bone of his skull visible.

In another shot, the rhino can be seen weeping in pain, with dried tear marks running down one eye.

These heartbreaking pictures were taken in North West Province in South Africa by British director and photographer Simon Needham.

Simon used a Canon R5 to click these pictures from eight metres away.

“When I heard about @savingthesurvivors within the community and after hearing what they do I offered my time to photograph the rhino to help promote their need to raise money.”

Saving the Survivors are a team of wildlife vets whose mission is to save every animal who has fallen victim to poaching or traumatic incidents.

“Poachers butchered the rhino’s horns and removed parts of the bone in his skull as well,” Mr Needham said.

“The owners of the game reserve left him for dead for two weeks as he wasn’t worth a bullet to put him down, not without his horns.

“The police noticed him and called Saving the Survivors (STS) to help him.

“The owners gave him to STS as he was worthless to them. He was weak but had a strong will to survive.”

Mr Needham said he spent two hours with the rhino to make him feel comfortable.

“As you can imagine he is still working through a lot of medical issues and therefore shouldn’t be approached without great care.

“I kept my distance and at the closest point was around eight metres from him.”

South Africa holds the majority of the world’s rhinos and has been the country hit hardest by poaching criminals, with more than 1,000 rhinos killed each year between 2013 and 2017.

There were 394 recorded poaching incidents in South Africa in 2020 indicating a decline however animal rights groups say numbers are still far too high.

The latest numbers show that rhino populations, particularly in key strongholds such as Kruger National Park, in South Africa, have fallen dramatically.

Rhino populations have had no time to recover from ruthless poaching that’s taken place throughout the last decade.

“I just wanted to capture some clear, honest and factual shots of the tragedy going on in Africa in regards to poaching.

“It’s sad people can’t believe we still do this to animals in this day and age. Until humans stop wanting rhino horn this will go on and on.

“The world’s wildlife population is under heavy attack from the human population and the plight of these intelligent, emotional, sentient beings needs to be highlighted and the wildlife protected.”

A tactic sometimes used by wildlife charities safely remove rhino’s horns to safeguard them from poachers.