After more than 30 postponements, the trial of rhino poaching accused Dumisani Gwala resumed in the Mtubatuba Regional Court this week.

Tuesday’s resumption of the case, which was last in court in early December, saw former Hawks police officer Jean-Pierre van Zyl Roux telling the court how he acquired eight rhino horns from Ezemvelo KZN Wildlife to execute his 2014 sting operation which effected the arrest of Gwala and his co-accused Wiseman Makeba and Aubrey Dlamini (since deceased). 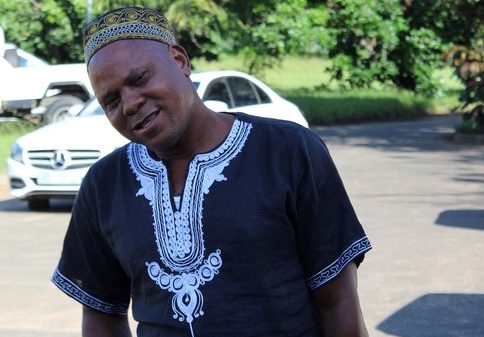 Van Zyl Roux testified that he acquired the rhino horns without any paperwork.

He said that, owing to time constraints, he made a telephonic application to obtain the horns from Cedric Coetzee of Ezemvelo in early November 2014 and collected the horns from a Mr Pota at his residence near Midmar Dam outside Pietermaritzburg on 9 November.

He said no documents were given to him but he signed a register for the horns.

On cross-examination by defence lawyer Mpume Linda, Van Zyl Roux confirmed that he collected the horns without any permits authorising him to be in possession of rhino horns.

This despite a law prohibiting anyone from being in possession of a protected species, which includes rhino horn, without official permission.

He explained that as a police officer, he believed he was immune to that law as he was using the horns to perform his official duties.

He further explained that on 10 November 2014 Ezemvelo issued him with documentation proving his receipt of the eight rhino horns he had collected from the entity.

A former KZN Organised Crime Unit officer, Warrant Officer Van Zyl Roux told the court that his investigation was focusing mainly on Gwala, Mackson Chirwa and others whose names he had been given by his source.

Chirwa was then given the option of testifying in the case, which he reportedly declined to do.*

When Van Zyl Roux was asked about audio or video recordings of his first meeting with the accused, as he had stated in his application to former National Prosecuting Authority Gerrie Nel, he said his agents had been scared to record the meeting as it was held at night.

Gwala and Makeba face a total of 12 charges including numerous counts of the illegal trade and possession of rhino horn, resisting arrest and attempted murder.

*Late amendment: Chirwa, who was at no stage charged in the matter, was not in fact asked to testify.