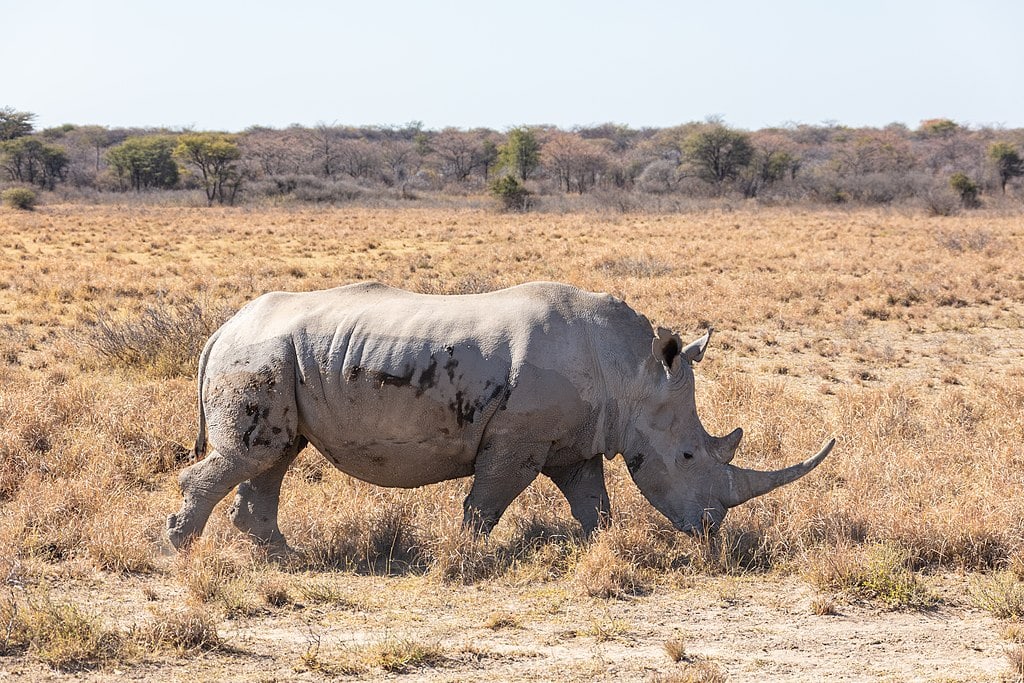 Southern Africa is still smarting from the poaching surge of the late 1980s which saw the region lose 95 percent of its rhino population by the mid-1990s.

While countries did establish mechanisms to clamp down on the syndicates behind this, incidences of poaching steadily depleted rhino populations well into the 2000s.

According to lobby group Save the Rhinos, South Africa alone lost 9,600 rhinos to poachers between 2010 and 2019. Zimbabwe lost 25 percent of its rhino population between just 2007 and 2009.

Rhino horns have a lucrative market in the Asian underground, where they are believed to bear medicinal value and the Southern African nations of Namibia, South Africa and Zimbabwe have three of the four largest populations of the species in Africa. (Kenya is the other country in the top four.)

It is this legacy and heritage whose protection SADC member states continue to invest in – some with more success than others.

Namibia has managed to reduce poaching in its territory, and the nine rhinos killed in the first half 2021 represented the lowest such total in eight years.

Save the Rhino Trust (SRT), which partners the government in conservation efforts, estimates there are over 200 free-roaming black rhinos in Namibia, mainly in the northeast.

SRT adds, “And in March 2020, the Southwestern black rhino (the desert-adapted subspecies roaming free in Namibia) was reclassified from ‘vulnerable’ to ‘near-threatened’ by the IUCN (International Union for Conservation of Nature) due to the success of long-term conservation efforts.”

South Africa accounts for 80 percent of the world rhino population, which stands at an estimated 20,000.

But “From January to the end of June 2021, 249 rhinos have been poached for their horn in South Africa”, says South African Minister of Environment, Forestry and Fisheries Barbara Creecy.

Poaching is rampant in Limpopo, Mpumalanga and Free State provinces.

Last week, authorities in the country arrested two of the biggest names in the dark industry, Johannes Groenewald (known as Dawie) and Schalk Steyn (aka AB Steyn).

Conservationists celebrated the nabbing of two men who are believed to be key cogs in a network that spreads across Southern Africa.

In Zimbabwe, authorities are trying to grow the population from its current level of about 1,500 rhinos, with reintroduction of the species to the country’s second largest national park, Gonarezhou.

“We are working closely with our conservation partner, which is Frankfurt Zoological Society, to form Gonarezhou Conservation Trust to make sure that we protect and conserve our wildlife,” Mr Farawo said.

There have been prior attempts to give rhinos a home in Gonarezhou.

“In the late 1970s, about 77 rhinos were reintroduced and we all know the poaching wave which spread across the continent in the 1980s led to this local extinction. This is the third time that the black rhinos are being reintroduced in the park,” said Mr Farawo.

“We are going to ensure that we protect these rhinos for posterity. We are going to make sure that our children get to see these animals, as opposed to being told tales of how we used to have rhinos.

“The good thing is that the number has been on the increase. The numbers had dropped to about 200, 300 but we now have a population of about 1,500 although the majority are in private hands.”

The rhino population in national parks in Zimbabwe is steadily growing, with the species now registering a presence at places such as Lake Chivero and Lake Mutirikwi, and conservancies like Sinamatela and Gonarezhou.

Due to the transnational nature of the underground rhino horn trade, the Southern African Development Community has tried to co-ordinate a regional response to the threat posed by poachers.

In the Law Enforcement and Anti-Poaching Strategy 2016-2021, SADC called on member states to harmonise responses to poaching and share notes on how to grow rhino populations.

“The SADC Law Enforcement and Anti-Poaching Strategy (SADC LEAP) is embedded in the Protocol on Wildlife Conservation and Law Enforcement. The Vision of the Strategy is a SADC Region with thriving populations of wildlife species which are sustainably conserved for present and future generations,” the strategy says.

It calls for co-ordination and co-operation in active protection and effective enforcement of laws relating to natural resources and wildlife conservation through sound policy guidance, the application of requisite knowledge and skills, and the best available technology for the benefit of the region’s peoples.