Rhinos dehorned in effort to save their lives (South Africa)

By NewsroomOctober 29, 2019Anti-poaching
No Comments

The Mpumalanga Tourism and Parks Agency (MTPA) has undertaken a dehorning operation at the Manyeleti Nature Reserve. This has resulted in the vast majority of the reserves’ rhinoceros (both black and white) having their horns removed.

The aim of the operation is to save the rhinos from getting illegally hunted by removing their horns and thus reducing the incentive to illegally hunt them.

A new technique was used which resulted in the 90% of the horn being removed, which will further reduce the incentive to even illegally hunt dehorned animals for the remaining stumps. 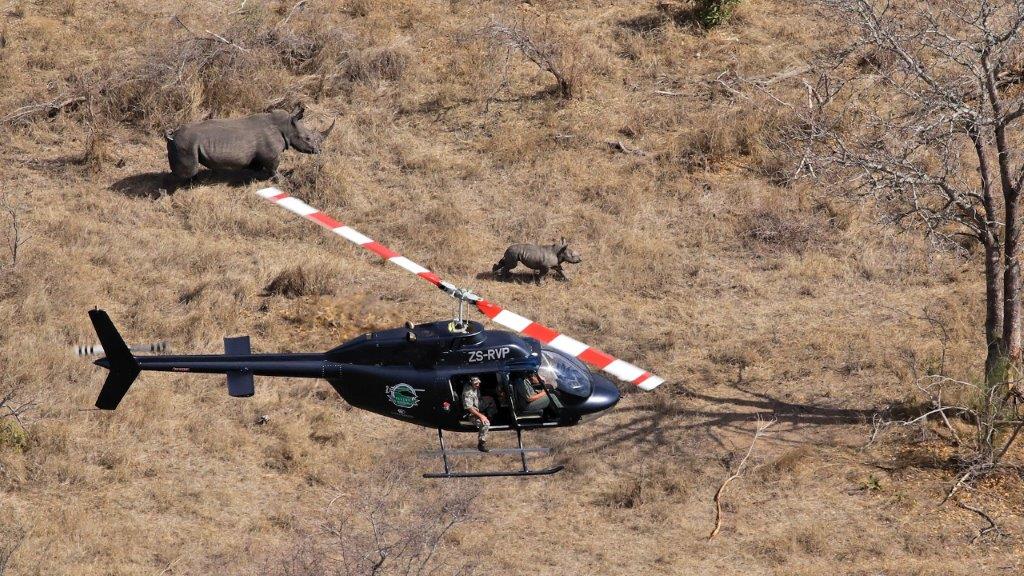 Small calves whose horns were too small to be removed were DNA sampled for research and monitoring purposes. This is part of an ongoing operation which will eventually result in all the reserves rhinoceros being dehorned.

During the operation nine school children and one teacher from Dayimani High School in Gottenburg village, who are part of the Manyeleti/SAPS anti-rhino poaching school’s awareness programme, had the opportunity to experience the dehorning operation, touched the rhinos and assisted the ground operations team.

The operation was a collaboration between the MTPA, the Greater Kruger Environmental Protection Foundation (GKEPF), GRU-Wing, Flying for Freedom South Africa and Tintswalo Safari Lodge.