By NewsroomApril 20, 2021Anti-poaching, Rescue and rehab
No Comments 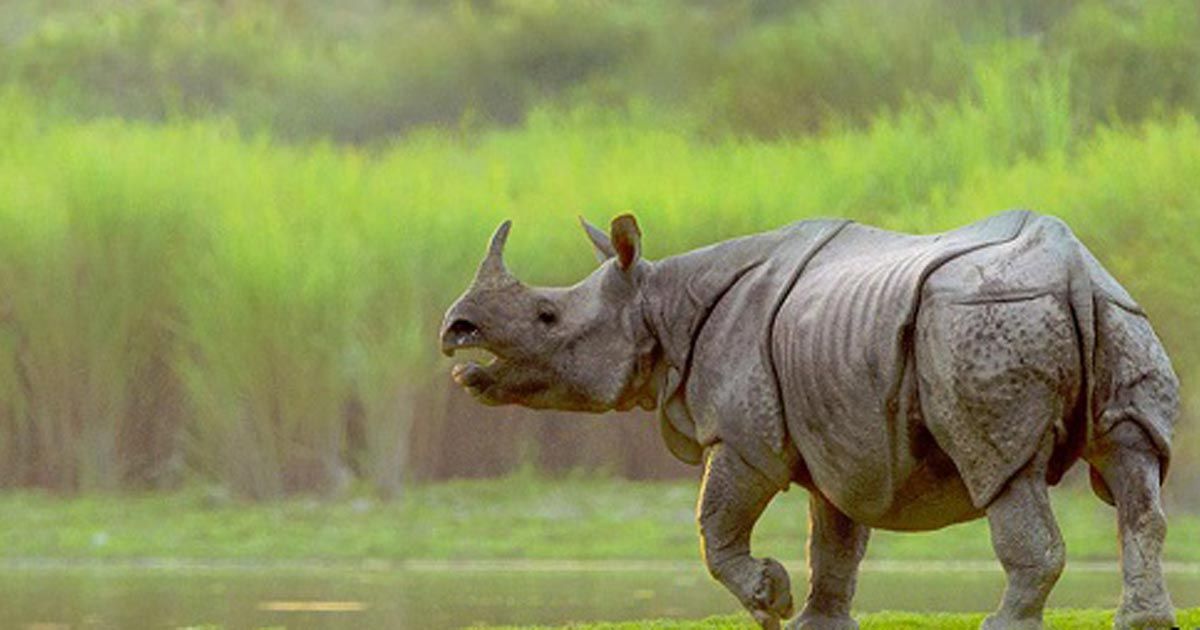 The Manas National Park had its entire rhino population decimated but have steadily built up its population again. Image: As originally published by The Assam Tribune

Rhinos have made a strong comeback in Manas National Park. In a remarkable turnaround, the picturesque park, which saw its entire rhino population decimated during a prolonged disturbed period, now has close to 50 rhinos.

While three rhinos from the Centre for Wildlife Rehabilitation and Conservation (CWRC) near Kaziranga National Park joined the existing population of 44 on Sunday, another two from Pobitora Wildlife Sanctuary are scheduled to reach the park on Tuesday, taking the total to 49.

According to conservationists, the transformation is outstanding and holds out renewed hopes for long-term future of the State’s flagship species, given that the entire 100-odd rhino population in the park was wiped out by poaching during the decade-long period of ethno-social unrest in the Bodoland region in the 1990s. As recently as 2005, Manas did not have a single rhino.

The first translocated rhino – a hand-reared one in the CWRC – was introduced in Manas in 2006. The first translocation of wild rhinos was done in 2008, when two adult males were successfully moved from Pobitora Wildlife Sanctuary to Manas. Of the 44 rhinos prior to the latest addition, 19 rhinos, including the offspring of the released rhinos, have been from CWRC.

Manas, incidentally, has witnessed no poaching of rhinos in the last four years, as the translocated population continues to thrive.

“The latest rhino census recorded 44 individuals, with 40 counted from sighting. By the next few days, the park will have close to 50 rhinos,” Manas Tiger Reserve Field Director Amal Sarmah told The Assam Tribune.

Sarmah added that sustained conservation efforts in recent years have yielded positive results, as corroborated by a trend of rising populations – both herbivores and carnivores.

“Manas has been able to leave behind its disturbing past. The thriving wildlife populations would testify to this. Our efforts have also been recognized nationally as well as internationally,” he said.

In the latest recognition on April 7, the ‘Manas Tigers Team’, a mobile patrol team of the park was honoured with a “highly commended” award and “special certification” at the International Ranger Award (IRA), 2021 held virtually. The IRA is developed collaboratively among the IUCN WCPA, the International Ranger Federation, Global Wildlife Conservation, and Conservation Allies, which was created in 2020 with an aim to highlight and felicitate the extraordinary work that rangers do in protected and conserved areas worldwide.

The Manas Tigers Team will be provided an award money of USD 3,000.

Prior to this honour, Manas National Park had bagged the Hem Chandra Mahindra Award.

“The team has been nominated by Aaranyak for the award. Besides, Aaranyak has been regularly providing refreshers training on the above-mentioned topics to the team for smooth functioning. In addition to their core law enforcement duty, the team has also carried out community engagement activities and conversation education activities in the fringe areas. Moreover, two members of the Manas Tigers team, Raphael Narzary and Raju Kherkatary were selected to participate in the World Ranger Congress’19, held at Chitwan, Nepal, organized by International Ranger Federation (IRF), where they presented their work,” an Aaranyak spokesperson said.