Rhinos: scientists are hanging them upside-down from helicopters – here’s why 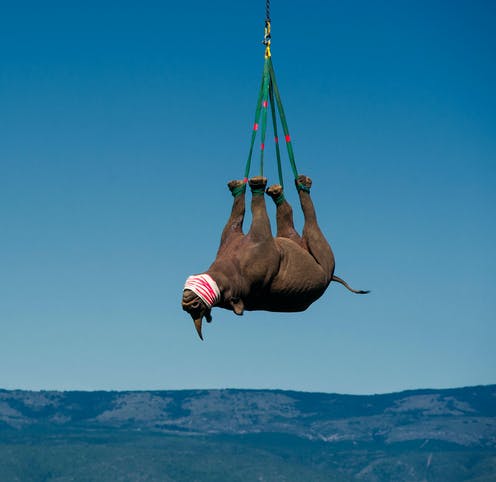 Scientists have recommended transporting rhinos upside down. Image: As originally published by The Conversation.