By NewsroomSeptember 10, 2020Anti-poaching, Science and technology
No Comments 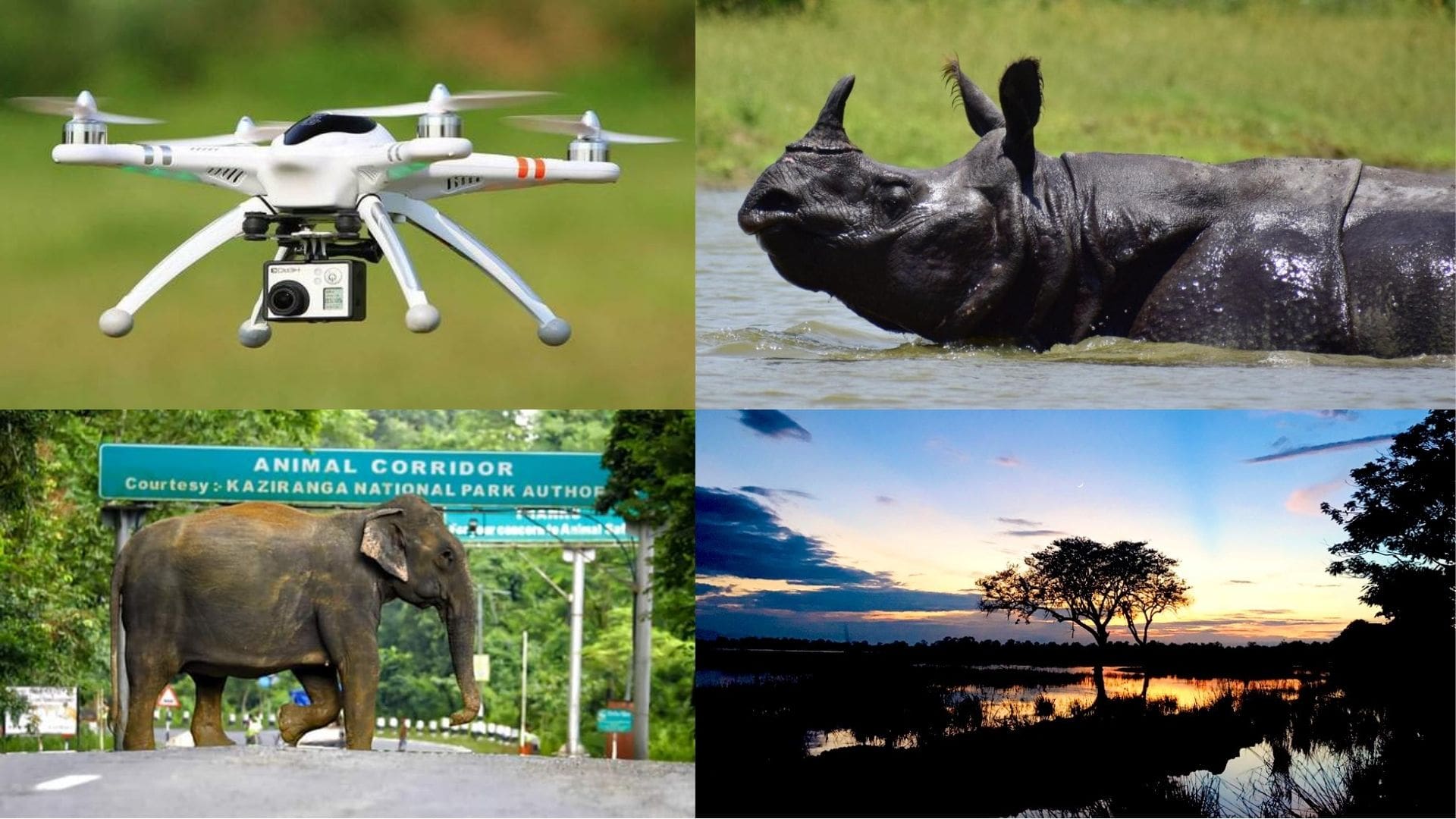 Original photo as published by TNT.

DISPUR: Soon, forest officials at Kaziranga National Park in Upper Assam would have access to hi-tech unmanned aerial vehicles (UAVs) or drones to monitor the movement of animals across inaccessible areas of the park at night.

Official sources told TNT-The Northeast Today that three advanced drones, customised for surveillance of activities in the national park, would have thermal features to facilitate night-vision covering a distance of 4km with a flying duration of 40 minutes.

The national park which is globally known for being home to the one-horned rhinoceros has one drone with limited flying time and coverage area. Kaziranga National Park (KNP) director, P. Sivakumar said the drone is at the park’s disposal “does not have thermal features to facilitate night surveillance.”

“Besides this, it has a flying time of just 25 minutes with only 500 metres coverage area,” he said. The official said 20 members of the department, comprising officials and staff of KNP and other wildlife divisions are being trained on both the theoretical and practical aspects (including field demonstrations) of operating the advanced Unmanned Aerial Vehicle (UAV).

“During winter, we face a common problem of animals straying out of the park to other areas. So surveillance of animal movement, particularly in the Brahmaputra river areas, was very difficult. Apart from this, we can now carry out anti-poaching measures,” the KNP director said. He, however, said the formal allotment of drones was awaited from the head office.

Referring to the new UAVs, Assam Forest and Environment Minister Parimal Suklabaidya on Wednesday said that the state forest and environment department were “moving towards the path of extensive use of technology for improved vigilance, real-time monitoring and better protection of our precious assets.”

The minister further said that the Kaziranga National Park and Tiger Reserve have made the debut in this regard.