By NewsroomAugust 29, 2021Conservation personalities
No Comments 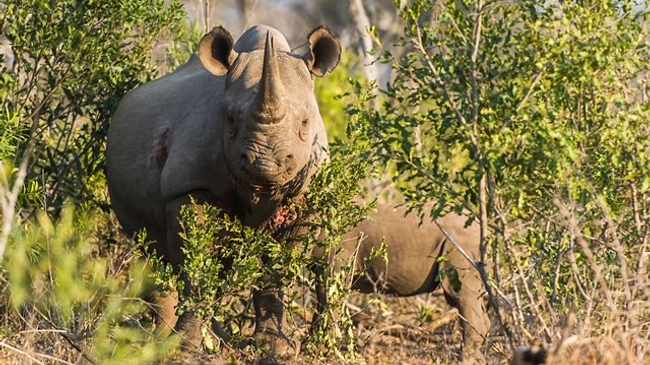 The awards, which was held virtually, recognises the work of individuals and organisations across Africa who play a vital role in protecting the endangered species.

His capability and natural leadership qualities had been used to good effect to mentor young rangers, it said.

“As a senior ranger, Sebenzile leads from the front, maintains high fitness levels and displays steadfast determination using his outstanding tracking skills to ensure he has been directly involved in all arrests made on the reserve in the last 12 months.

“He continues to set an exceptional example for his peers and despite what the day may throw at him, maintains a smile and a relentless commitment to getting the job done. He is a ranger and leader who deserves recognition,” said the association.

Lucrescencia Macuacua of the Limpopo National Park, National Administration for Conservation Areas, Mozambique, was the first runner-up in this category while Samuel Ndlovu from the Kruger National Park was the second runner-up.

The association said SANParks ECI had a significant impact by taking a proactive approach in combating wildlife poaching.

“They have been directly or indirectly responsible or involved in the arrests of 89 rhino poachers over the reporting period inside and outside South African National Parks. They continue to provide excellent support and work closely with rangers on the front lines of conservation,” it said.

In this category, Neville Agesa Mise from the Diani Turtle Watch – Local Ocean Conservation in Kenya was the first runner-up while South African organisation StopRhinoPoaching.com was the second runner-up.

Other award recipients include:

The association said the awards sought to highlight the outstanding work of these individuals and organisations across Africa, with the past 12 months becoming arguably the most challenging.

“Every finalist has made extraordinary contributions to endangered species conservation and each deserves recognition and acknowledgement for the incredible work they do on the front lines of conservation. The Rhino Conservation Awards provides the platform to celebrate these committed, selfless and courageous individuals and organisations who are making a difference,” it said.

Chris Galliers, the president of the International Ranger Federation and a judge of the 2021 awards, said in light of global programmes such as the United Nations Decade on Ecosystems Restoration and the current Covid-19 pandemic, the ranger’s functions are becoming increasingly recognised as indispensable.

“The Rhino Conservation Awards has afforded us the opportunity to be inspired by people and organisations that have carried out duties in a committed and selfless manner, to protect our most precious asset upon which all economies, livelihoods and our well-being depend,” he said.