By NewsroomSeptember 28, 2021Wildlife Crime
No Comments 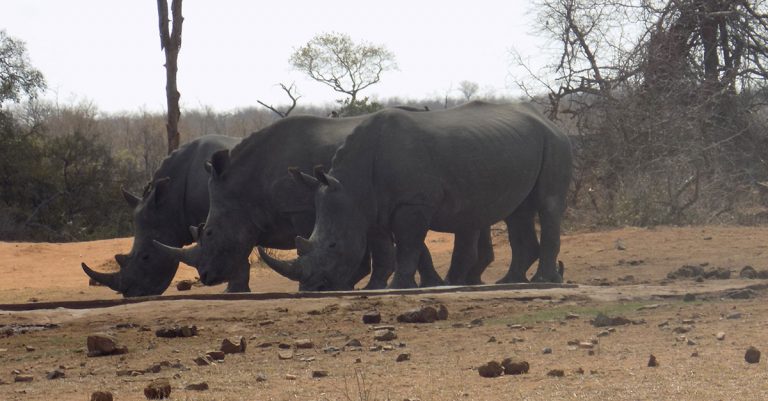 Despite millions of rands being spent to protect rhinos, the poaching of these animals is continuing relentlessly. Image: As originally published by Farmer’s Weekly/Annelie Coleman.

Fighting rhino poaching in South Africa is as much about combatting organised crime as are efforts to dismantle the syndicates behind drug trafficking, arms smuggling, cash-in-transit heists, robberies of gold, and human trafficking.

This was according to Dr Jo Shaw, senior manager of the wildlife programme at World Wildlife Fund (WWF) South Africa.

Referring to the International Rhino Foundation’s World Rhino Day that was celebrated in the fourth week of September, she said over the past decade, dedicated police officers, rangers, investigators, prosecutors, private security companies, conservationists, veterinarians, reserve managers and game farmers “have given their all to address the threats to rhinos from wildlife trafficking, despite the odds”.

“Implementing effective law enforcement strategies to disrupt rhino poaching syndicates can also ensure that communities become safer and more resilient, by breaking up these networks, cracking down on corruption, and creating a climate [in which there are] opportunities for socio-economic development,” she told Farmer’s Weekly.

This was the lowest figure since 2010, but was largely due to COVID-19-related lockdown measures and travel restrictions, she said. However, as these restrictions were eased, poaching incidents showed an upward trend. In the first six months of 2021, 250 rhinos were poached.

Although this could be construed as a hopeless scenario, Shaw pointed out that South Africa had some truly outstanding wildlife defenders who, despite the odds and a lack of resources and political support, worked tirelessly and wholeheartedly to conserve and protect the rhino population in the country.

“However, a resolute effort by government is needed to undo the disintegration of law enforcement, security and anti-corruption agencies, and develop skill sets, capacity and strategies to stop the poaching of this iconic species,” she added.

In a recent webinar hosted by the Daily Maverick online newspaper, Dr Luthando Dziba, CEO of South African National Parks, said there could be fewer than 3 000 rhinos remaining in the Kruger National Park for the first time, despite park authorities spending millions of rand on protecting these animals against relentless poaching.