By NewsroomOctober 20, 2019Science and technology
No Comments

Although the long-awaited effort to produce a baby Sumatran rhino via IVF has failed, Deputy Chief Minister Datuk Christina Liew said they would continue requesting for support from Indonesia to save the species from extinction.

The state Tourism, Culture and Environment Minister said discussions with Indonesian authority were held during Liew’s visit to Jakarta in August, with regards to the possibility of obtaining sperm from its male rhinos.

“We are communicating with them via email in a daily basis. We have also informed them (on the failed IVF treatment). If it does not succeed this time, we will continue working on it,” she said, speaking to reporters after the launch of “Head of State and Tam, The Last Male Rhino” exhibition in conjunction with the 66th official birthday of Yang di-Pertua Negeri Tun Juhar Mahiruddin at the state museum here. 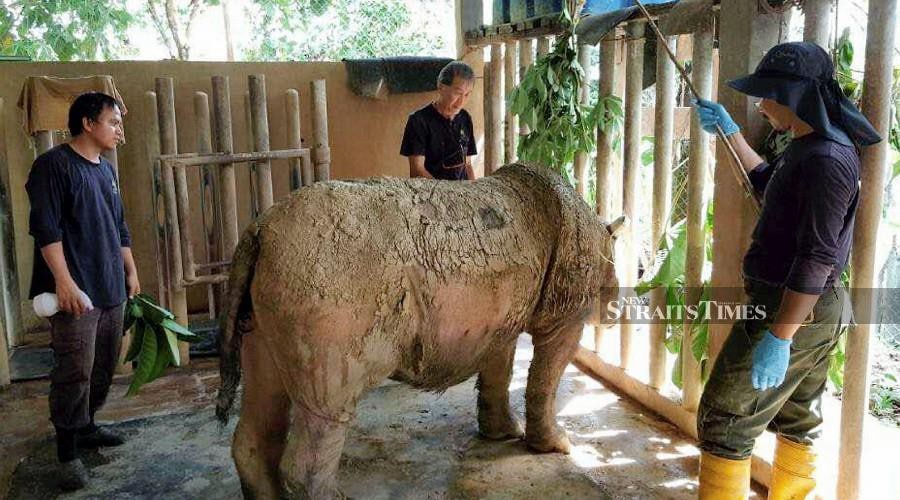 Earlier, New Straits Times reported that the fertilised cell degenerated within days after being injected with Tam’s thawed-out sperm. It is learnt that the egg cell had failed to divide after fertilisation and no embryo was formed.

Sabah wildlife director Augustine Tuuga said the IVF treatment procedure was carried out on Oct 1 and the cell was incubated for 72 hours with no positive outcome.

“We don’t really understand why it failed. What we have gathered from the experts is that possibly Tam’s sperm that was not of good quality; it was harvested for too long.

“We just have to keep trying and with improvement (to the process). For example, we want to secure sperm from young rhinos (in Indonesia) if possible. Hopefully it will be a success one day,” he said.

At the moment, Tuuga said getting new sperm could take time as Sabah and Indonesia had yet to sign the Memorandum of Understanding and Implementation Agreement.

Tam, which died in May due to kidney and liver failure, had its semen collected in 2015 and preserved in liquid nitrogen. Tam was estimated to be approximately 35 years old.

Its body has since been preserved and currently put on display at the museum as part of the effort to educate the public about the last male Sumatran rhino in Malaysia.

In Aug 2010, Tam was captured by a wildlife team at the Kretam oil palm plantation in Tawau. At the time of its capture, the rhinoceros was thought to be in its mid-20s. Tam was taken to the Tabin Wildlife Reserve where it had lived ever since.

There were several attempts in the past to breed Tam with a female rhino Puntung, but to no avail. In 2017, Puntung was euthanised after suffering from incurable cancer.

With Puntung and Tam’s death, Malaysia is now left with one female Sumatran rhinoceros Iman, captured in 2014.