By NewsroomMarch 11, 2020Conservation
No Comments 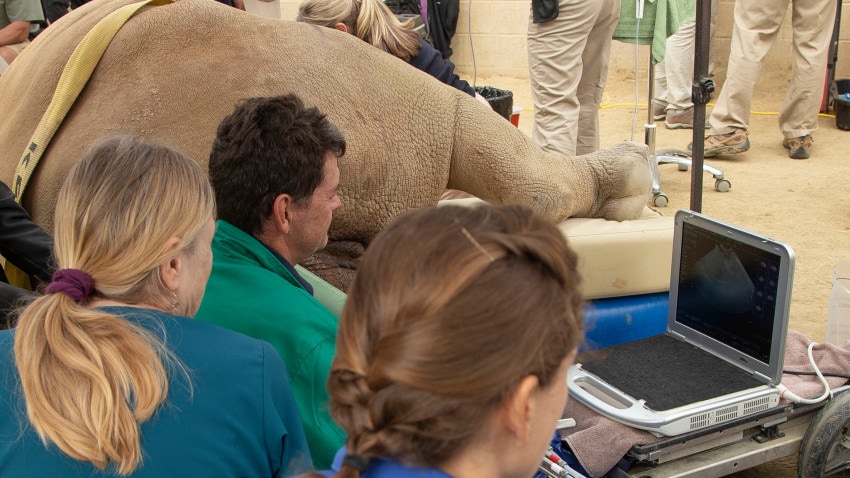 On March 6, a team of more than 30 veterinarians, wildlife care specialists and researchers from the San Diego Zoo Global and Embryo Plus South Africa teamed up to perform an ovum pick-up on 9-year-old rhino, Nikita. The non-surgical procedure gathers a live animal’s eggs and is modeled after a similar method used on horses and cows.

Nikita the rhino was under anesthesia during the procedure as researchers located her ovaries by ultrasound. The animal’s eggs were then retrieved by a tiny needle that was inserted into each follicle. Those eggs are expected to mature in vitro and fertilize by intracytoplasmic sperm injection.