By NewsroomNovember 9, 2021Anti-poaching
No Comments 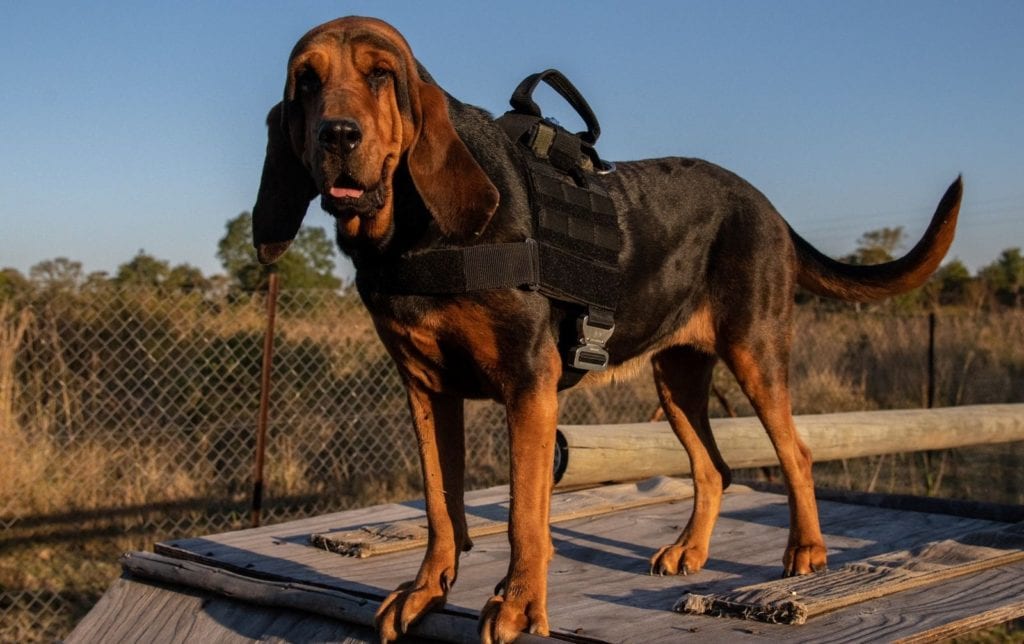 A member of the anti-poaching K9 unit stands ready with their GPS harness. Image: As originally published by Cape Town Etc.

The SANParks Honorary Rangers is the SANParks volunteer organisation, functioning according to an official agreement with SANParks. The team provides the people of South Africa and their business community with the opportunity to support our national parks.

The SANParks Honorary Rangers movement has a long history. Volunteers were active in the Kruger National Park as early as 1902, helping to alleviate the workload of full-time rangers, but they were officially established on May 5, 1964. The SANParks Honorary group are unpaid volunteers who freely offer their time to support wildlife conservation in South Africa’s National Parks.

Today, there are over 1 300 SANParks Honorary Rangers, all volunteers, based in 31 regions around the country and working in all 21 of our national parks, such as Kruger, Addo, Table Mountain and Kgalagadi National Parks.

Each time a dog goes into the field, its harness is fitted with a GPS tracker that relays vital information back to the K9 centre, which assists SANParks in the fight against anti-poaching.

“The K9 unit plays a vital role in the conservation of our wildlife and therefore the data that is collected is critical. In the unlikely event of a dog getting lost, the GPS will help to track and locate the dog. The generous contributions of these regions will impact hugely and is appreciated by the K9 Project Watchdog and SANParks,” concludes SANParks Honorary Rangers.