By NewsroomDecember 23, 2021Wildlife Crime
No Comments 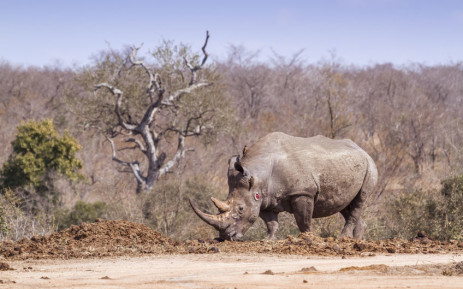 A rhino in the Kruger National Park. Image: 123rf.com

SANParks has raised concerns about the number of rhino being killed in the Kruger National Park.

This follows the release of a report last week by the Department of Forestry, Fisheries, and Environment confirming that seven rhinos had been killed in the park recently.

Twenty-four rhino carcasses were found in the country between 1 and 14 December.

The Kruger National Park is calling on South Africans and communities to intervene and assist in reporting people who are known to be part of the poaching.

Spokesperson Ike Phaahla said that the national park had seen a 37% reduction in animals poached compared to last year.

“We are concerned about the number because one rhino killed is one rhino too many, especially after the negative impact that the long-term poaching has had on the population in the park,” Phaahla said.

Meanwhile, Phaahla said that 69 alleged poachers had been arrested within the Kruger National Park to date.