By NewsroomSeptember 10, 2019Conservation, Translocation
No Comments

Mr Alex Anderson, Senior Manager of Group External Communication at Sasol, said the new additions to Sasol’s rhino family will contribute towards the biodiversity of the game camp at Sasol and will also be an attraction for both employees and visitors.

“It will at the same time help to improve the environment,” said Mr Anderson.

A full scientific assessment was done on the suitability of the site to keep rhinos before all the necessary permits were obtained and the animals were relocated. 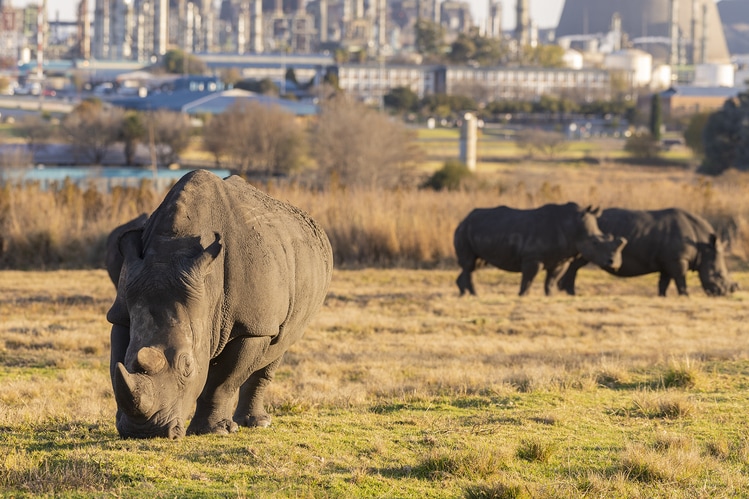 The rhinos’ new home is protected by 15.4km of electric fencing and security cameras, to name a few.

According to Mr Anderson, these white rhinos were brought back from the brink of extinction in South Africa, while the surge in poaching has cast a shadow on this success and the species is classified as near threatened.

Sasol Secunda Operations’ approach to biodiversity management is to ensure long-term sustainability to all species on site and to promote the conditions for their existence.

“Our biodiversity efforts are compiled into an annual State of Biodiversity Report to authorities and the South African National Biodiversity Institute,” concluded Mr Anderson.