By NewsroomMay 4, 2021Conservation personalities
No Comments 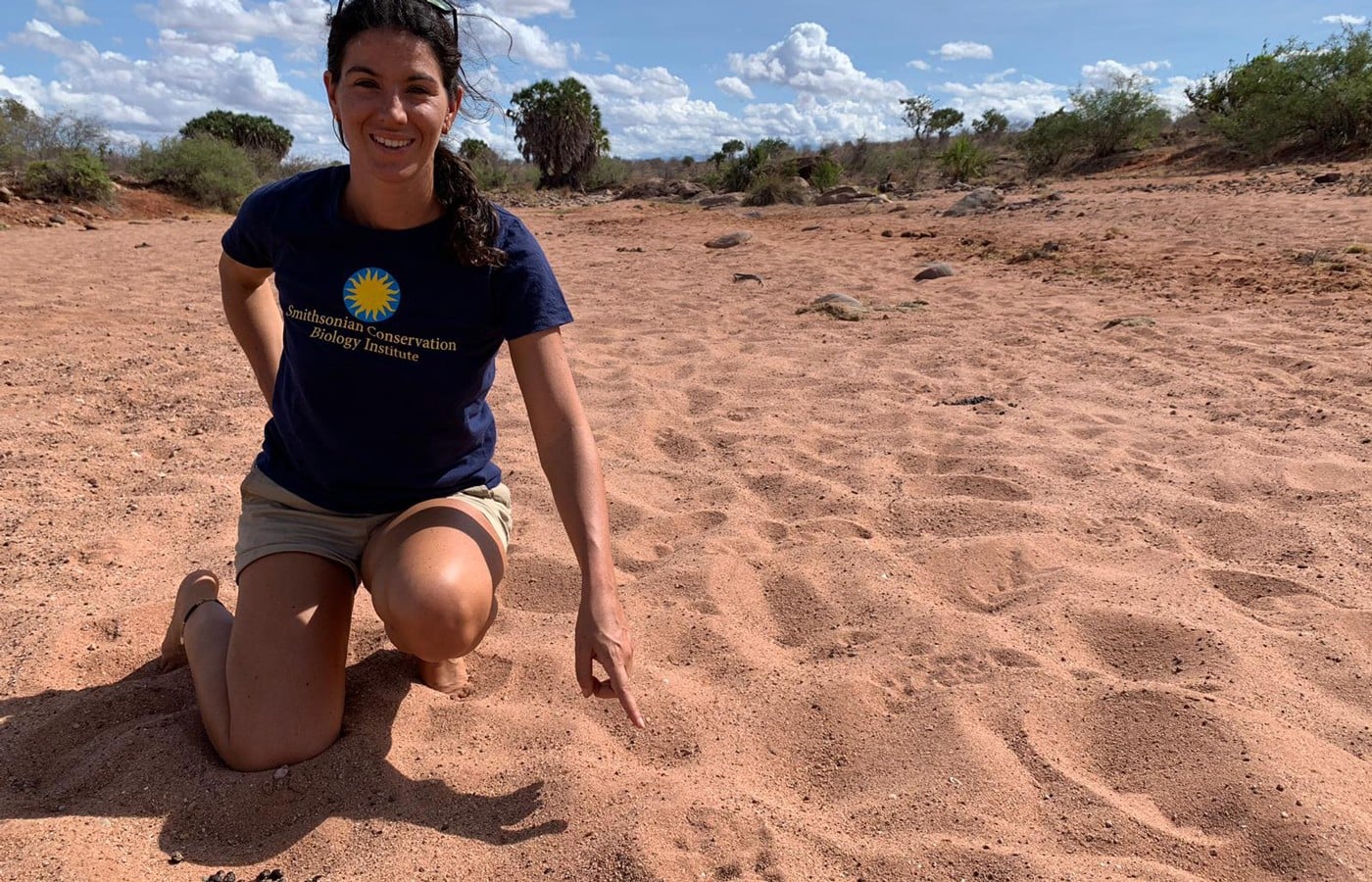 Rhinos have been on this planet for about 60 million years. Having the opportunity help preserve such an ancient animal is particularly important to me. I feel like I’m helping make this planet a healthier and more beautiful place for future generations.

Black rhinos are currently listed as critically endangered by the International Union for Conservation of Nature. People have brought them to the brick of extinction and they deserve all our help to survive.

Rhinos play a crucial role in their ecosystems. They’re important grazers, consuming large amounts of vegetation. This helps shape the African landscape. To better understand how each rhino fits within their ecosystem, it’s important to note the different subspecies!

There are three subspecies of black rhino still alive today. The south-central black rhino is a more numerous subspecies. They have a compact body, proportionally large head and prominent skin-folds. The south-western rhino is a smaller subspecies that has adapted to survive in desert and semi-desert conditions. They also have a large and straight horn.

Finally, the eastern black rhino is found in highland forest and savanna habitats. They have a longer, leaner and curved horn, and their skin is more grooved. This is the subspecies I work with!

Eastern black rhinos were once found in Ethiopia, Somalia, Tanzania and Kenya. Today, they are only found in Kenya, Rwanda and in northern Tanzania, with the majority living in Kenya. Less than 100 individuals live in South Africa, which is outside their historical range. Poaching for their horns and habitat loss are the primary threat to eastern black rhinos.

To help protect the rhinos from poaching in Kenya, they are kept in 16 fenced and highly protected areas. Armed Kenya Wildlife Service and wildlife conservancy rangers and advanced technologies monitor the rhinos daily, which includes keeping track of their well-being and confirming all individuals are accounted for. Each rhino has an individual ear notch pattern, which helps the rangers identify them.

Eastern black rhinos are territorial and aggressive in addition to being incredibly large in size, so we take extreme care when working in the field with them. Currently, the best way to move individuals from one protected area to another is to immobilize them using anesthesia. Although there are risks when using anesthetics, it is generally considered less stressful and safer. If the rhinos are not sedated for the transport, they may hurt the team capturing them or try to break the transport crates and injure themselves.

My research focuses on how to make anesthesia safe for the rhinos in the field. Unlike in a controlled, surgical space inside a veterinary or human hospital, there are many challenges in the field. One of these challenges is managing stress on the individual rhino before, during and after translocation. I am also working with a team to figure out how to decrease the amount of stress and health consequences associated with the translocation of individual rhinos.

Before the translocation, a rhino’s stress comes when it is darted with the anesthesia and they instinctively run. When the drugs kick in, the rhino stops running but it’s normal rest and recovery is depressed by the anesthesia. Because of side effects like this, it is important that the rhino is closely monitored during and after the translocation. Working closely and collaboratively with Kenya Wildlife Service veterinarians, scientists and rhino experts becomes key to ensuring the safety of the rhinos and all human handlers throughout the entire translocation process.

Once the animal arrives to a new area, they can experience some stress. Eastern black rhinos develop high levels of stress after a translocation which can lead to larger issues for the animals. They may experience immunosuppression—or the reduction of efficiency in the immune system—and have an increased chance to develop a disease from infections or parasites. Increased stress can also slow down the rate of reproduction and, therefore, limit the number of calves born.

While our research is still in the early stages, the goal is to find a way to reduce these undesired affects. Saliva and fecal samples, collected non-invasively, will help us study the rhino’s reaction on a biological level to the capture and translocation process and determine how to better perform the procedures. With the help of the rangers, I will also observe the rhinos’ behavior after the translocation. If we are successful, the rhinos should be healthier and able to produce many calves in the future, contributing to greater conservation of their species!

For anyone aspiring to work with rhinos, be passionate and don’t give up in the challenging moments. Working with black rhinos is exciting and full of emotions. It is important we keep working to conserve them and hold on to hope for their future.

When I need inspiration, I think about the southern white rhino. This species was almost extinct in the late 1800s, with only a small population of about 100 individuals left in South Africa. After more than a century of protection and successful translocations to other African countries, southern white rhinos are now the only species of rhino that is not endangered. There is hope for rhinos, we just have to keep working!