By NewsroomOctober 15, 2019Conservation, Science and technology
No Comments

The San Diego Zoo’s project to save the northern white rhino is now researching how to make sperm and egg cells to help resurrect the nearly extinct species, a zoo scientist said Thursday.

Marisa Korody, a conservation genetics scientist at the zoo’s Institute for Conservation research, gave the update to a scientific audience at the Sanford Consortium for Regenerative Medicine in La Jolla.

ICR scientists have developed induced pluripotent stem cells from frozen tissue samples, Korody said. These cells act like embryonic stem cells. In theory, they can be converted into nearly any cell type in the body.

A number of tests have confirmed that these are true pluripotent stem cells, she said, displaying a video of beating heart cells, or cardiomyocytes, made from the cells. 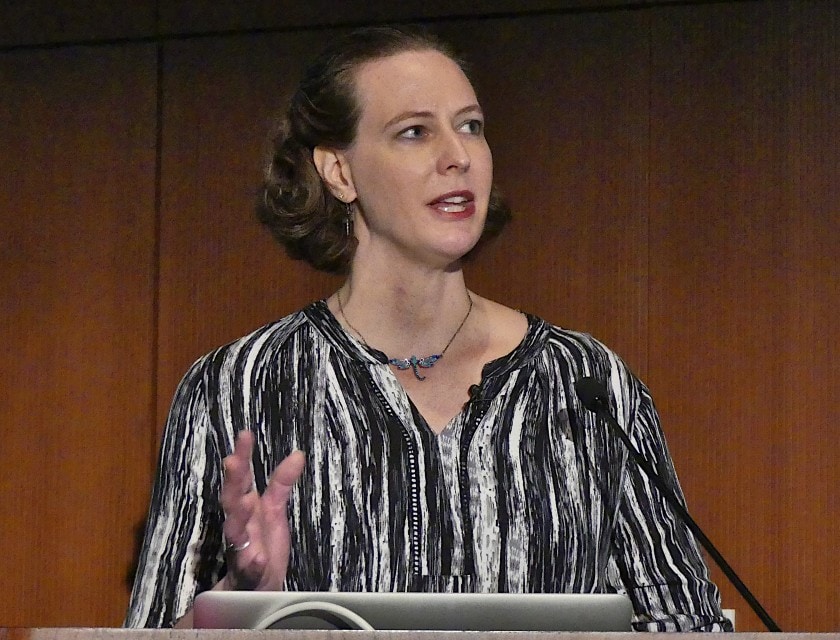 In theory, sperm and egg cells can be united to produce embryos, which can be implanted into closely related southern white rhino females, serving as surrogate mothers. Six of these are now being trained at the San Diego Zoo Safari Park.

But making these gametes is complicated, she said. They require supporting structures to mature properly, and nobody knows how to determine if they do mature properly. This means the zoo and colleagues are performing original science.

So-called primordial germ cells, the common ancestor of eggs and sperm, have arisen spontaneously. But they need to be reliably generated under controlled circumstances.

All rhino species and subspecies are endangered due to habitat loss and poaching for their horns, Korody said. “It’s our fault, we really need to help these species,” she said.

On the positive side, Korody said the dozen or so tissue samples from northern white rhinos contains enough genetic diversity to bring back a viable population.

This is known because that diversity is greater than that in the southern white rhino, which rebounded from near-extinction to a population of about 18,000.

A long-discussed state initiative to refund California’s stem cell program with $5.5 billion has at last begun.

CIRM was founded by the passage of Proposition 71 in 2004. It got $3 billion from the sale of state bonds. It has been severely criticized for overpromising the speed at which stem cell treatments would get to patients. Advocates said the agency has had to go slow because of safety reasons.

There’s also the question of whether the agency should get more money, or whether its work should be transferred to private entities. California has the biggest biomedical industry in the nation, but it also has billions in state liabilities for purposes such as pensions. Critics say the state needs to address these unfunded liabilities.

Robert N. Klein, a real estate investment banker who led the original campaign to create CIRM, said in a recent interview that the new funding was necessary to ensure that therapies now in the clinic can reach patients.

The initiative sets aside $1.5 billion for research and development of treatments for neurological conditions, such as Alzheimer’s disease, Parkinson’s disease, and stroke. It also provides money to help disadvantaged patients receive these treatments, Klein said.

Patients who live far away from major academic centers may have difficulty arranging to stay nearby while awaiting or receiving treatment, Klein said.

Initiative supporters need to convince the public that the $5.5 billion from state bonds is a wise use of public money. Earlier this week, a study from University of Southern California professors said that it was.

CIRM, funded with $3 billion from state bonds, has yielded $10.7 billion of additional gross output, or sales revenue, the study said. In addition, more than 56,000 full-time jobs were created. Go to http://j.mp/cirmeireport for the study.

However, the California Stem Cell Report said the study didn’t convince critics of the agency, who said the agency has received enough money as it is.