By NewsroomSeptember 22, 2020Land conservation, Science and technology
No Comments 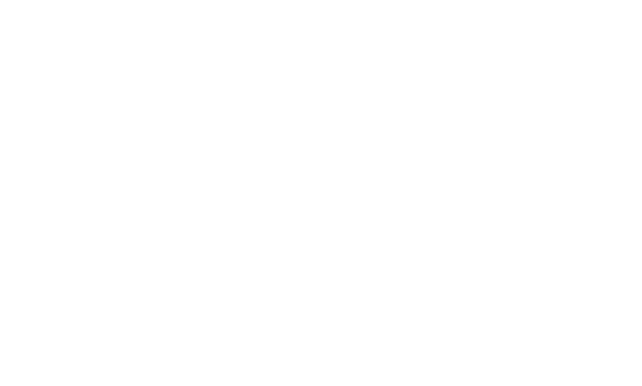 Rare and unique: Andatu, the first of only two Sumatran rhinos born in captivity in Indonesia, photographed in August 2013 in the semiwild rhino sanctuary in Way Kambas National Park managed by Yayasan Badak Indonesia. (Original photo as published by the Jakarta Post, courtesy of Sunarto)

Sumatran rhinos are the most threatened large terrestrial mammals. Uniquely hairy, they are the last survivor of an ancient genus. Sophisticated communicators, they sing as whales and whistle as dolphins.

Their population and distribution range have declined sharply. Once spread widely across Southeast Asia, they are now only confirmed in three remote areas in Indonesia.

The actual number is a big question due to difficulties in locating the remaining individuals, let alone precisely counting them. Experts “guesstimate” there are now around 70 individuals. Recent drastic declines have been reported in Malaysia and Sumatra. Extinction in Malaysia was announced last year.

Most other threatened species can still be saved if we can manage poaching, habitats and conflict. Unfortunately, that is not the case for Sumatran rhinos.

They are facing a phenomenon known as the “Allee effect.” Their survival rate has dropped due to extremely low population or density. The small populations are scattered across vast areas in five disconnected regions in Sumatra and Kalimantan.

The low density makes it an enormous challenge for the animal to find a mate, especially one that matches but is genetically unrelated. The risk of inbreeding and female rhinos developing pathology is very high. Additionally, their breeding mechanism is so restrictive and complex. Female fertility only lasts for 24 to 48 hours, and happens only every 18 to 24 days. Their ritual involves some kind of aggressive interactions.

At this point, they are kind of being flushed into the extinction vortex. Only rapid and effective actions can save them from extinction.

In response to this situation, the Indonesian government, supported by organizations, experts and practitioners, has issued the Emergency Action Plan (EAP) for Sumatran Rhinos, to be implemented from 2018 to 2021. International partners have also established the Sumatran Rhino Rescue Alliance (SRRA).

Rescuing more rhino individuals from the wild, which has been debated for a long time, has finally been endorsed under the EAP. Rescuing rhinos is important and urgent, but the progress is very slow. Despite the formal endorsement, rescuers are still facing many challenges. Technically, finding the rare and elusive rhinos in remote locations involves expertise, experience, courage and costly logistical support. Politically, it requires long processes of communication, education and tough negotiations with stakeholders.

Recent research paints an even bleaker picture for rhino communities. A study by rhino reproduction experts Nan E. Schaffer, Muhammad Agil and Zainal Z. Zainuddin recently published in the Journal of Threatened Taxa, reported that captive female rhinos had an over 70 percent rate of reproductive pathology. Similarly, six out of the seven isolated rhinos captured and immediately examined also had reproductive problems. This significantly hampered the breeding program.

Based on this finding, although rescuing the isolated rhinos is still important especially for breeding with assisted reproductive technology (ART), for natural captive breeding it is now recommended that the capture of rhinos should be focused on fertile individuals, ideally with a proven breeding record such as from camera traps. This is only likely to be done from relatively healthier or more viable populations.

“An additional few pairs of healthy and productive rhinos will help boost the success of captive breeding” said Agil.

This is certainly a challenge for decision makers and the rhino community. The rescue focus on isolated individuals is to minimize the risk of disturbing the relatively healthier populations. However, if this recommendation is not considered and followed up soon, it might be too late. Many sites that were initially believed to hold high numbers of rhinos were suddenly found empty, such as in Peninsular Malaysia, Sabah, Kerinci Seblat and recently Bukit Barisan Selatan.

While preparing for the formal decision to be made, the less risky yet urgently needed action to be done is to conduct a systematic and intensive search for fertile rhinos. As a result of rhinos’ sensitivity to human disturbance and the sensitivity of rhino information, the search has to be cautiously conducted by extremely trusted and experienced individuals.

Parallel urgent action is to prepare the resources needed for a safe and low-impact capture process. At the same time, efforts to breed naturally or with ART, including securing gametes and producing embryos, from the rhinos already in captivity need to be sped up and intensified. Rescuing isolated rhinos must be continued but should not direct resources away from obtaining healthy rhinos, and the team should maximize the use of rhinos with pathology and breeding problems by securing their gametes for producing embryos to enrich genetic diversity.

Factors, bureaucratic or technical, potentially hindering the integrated process of protection-rescue-breeding, should be identified and immediately solved. It is key to have a good understanding of the problem and situation, a sense of urgency and priority, and strong leadership. This includes taking risks and making decisions that may appear controversial at the local level, but are needed to have a greater impact on rhino recovery. Strong leadership and collaboration are required to mobilize resources and synergize all efforts to recover the rhinos.

Good efforts and achievements by the management authority and partners have been demonstrated in the case Javan rhinos, whose population has increased from ~25 in 1968, to ~74 in 2020 according to a recent press release from the government.

We need to make sure we don’t waste this very narrow window of opportunity to prevent the extinction of this very special genus. Together, we can win one of the greatest human endeavors of this century.

The writer is a wildlife ecologist, a member of the Sumatran Rhino Population and Habitat Monitoring Expert Panel 2017 and a current member of the IUCN Asian Rhino Specialist Group. This is a personal opinion.

Disclaimer: The opinions expressed in this article are those of the author and do not reflect the official stance of The Jakarta Post.