By NewsroomSeptember 12, 2019Conservation, Science and technology
No Comments

The race to save the northern white rhinoceros from extinction is looking very hopeful. Scientists today announced they were able to create two embryos of the rare rhino, raising hopes that new members of the endangered species could be conceived in the future. The in-vitro creation was made by a consortium of veterinarians and conservationists from Germany, Kenya, and the Czech Republic working at the Avantea laboratory in Cremona, Italy. The embryos are now stored in liquid nitrogen and will soon be transferred into a surrogate mother.

The news comes just weeks after a team of veterinarians achieved another milestone by harvesting 10 oocytes from the two last two remaining female northern white rhinos living in Kenya. Najin and Fatu, a mother and daughter duo, are the only two northern white rhinos left in the world and currently live under 24-hour armed guard in Ol Pejeta Conservancy in Kenya’s central highlands.

Previously housed in a zoo in the Czech Republic, they were transferred to Kenya in 2009 in the hopes that the climate, natural habitat, and dietary conditions would provide more favorable breeding conditions. But those hopes were repeatedly dashed—especially after the death of Sudan, the last male northern white rhino, last year. 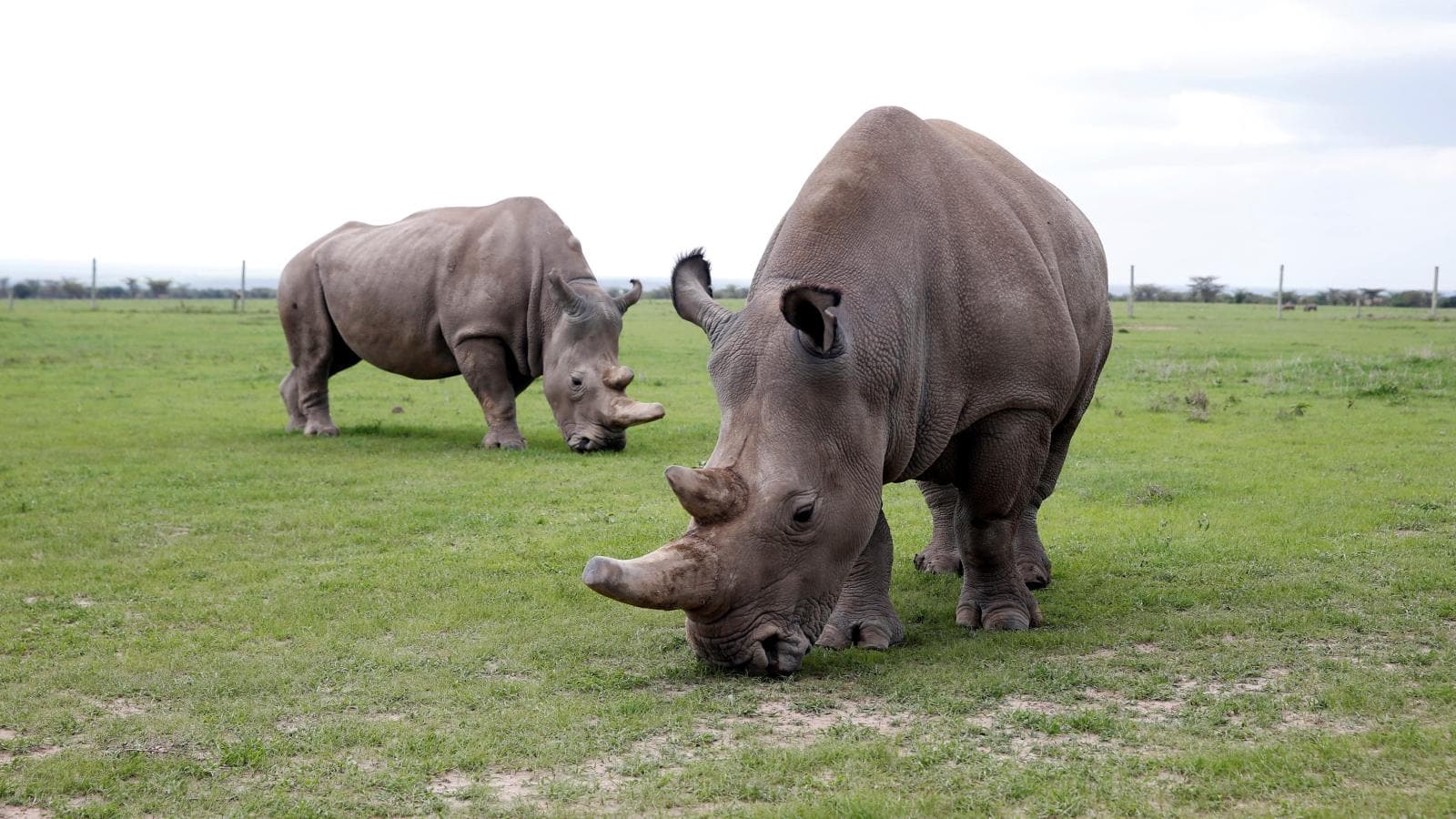 “The entire team has been developing and planning these procedures for years,” says Thomas Hildebrandt from the Leibniz Institute for Zoo and Wildlife Research in Germany. “Today we achieved an important milestone on a rocky road which allows us to plan the future steps in the rescue program of the northern white rhino.”

Widespread poaching and civil wars have decimated the numbers of the rhino population, with the northern white rhino suffering the greatest losses. Kenya’s tourism minister Najib Balala said the government was encouraged by the new developments and was committed to championing the pioneering process globally. “It has been a decade of race against time and we are excited at the progress in reversing the hitherto bleak outlook for the northern white rhino.”