Seaspiracy—to be taken with a pinch of salt?

By Peter BorchertMay 12, 2021Editorial
No Comments 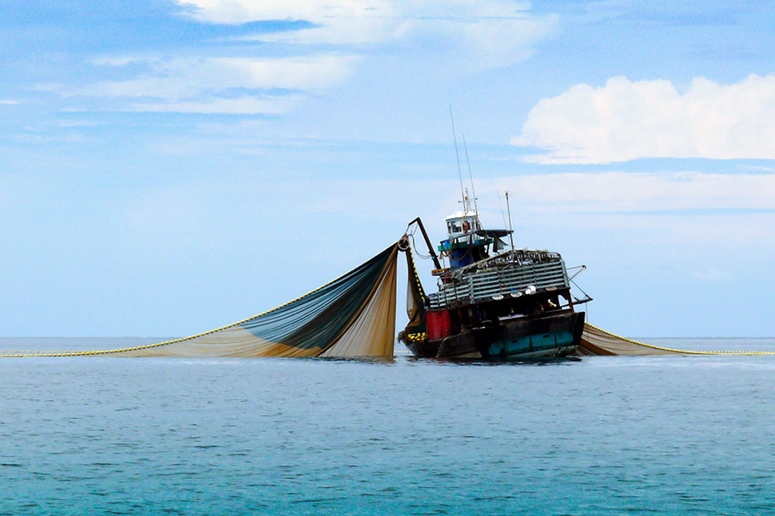 Caption: Fishing trawler, one of the more than 3,7 million vessels that make up the global fishing fleet. © Shutterstock

On April 14 this year, I wrote a very strongly worded editorial on what I saw as our unconscionable and certainly unsustainable stripping of the ocean’s bounty. But The rape of the oceans and farcical notions of sustainability wasn’t universally appreciated by those who read my weekly offerings. The thread of this criticism was that I had been unduly influenced by the Netflix documentary Seaspiracy. The film has been praised for its bravery in tackling head-on one of the most powerful industries of our time, but it has also been condemned for its misrepresentations and inaccuracies around commercial fishing.

Facts matter; of course, they do. But they probably matter more for activists than they do for the industries they criticize. While this might sound a bit odd, I believe it to be essentially true. Collectively, enterprises must spend billions every year defending themselves against accusations of the harm they cause to animals, people, and the planet as a whole. Yet, at the same time, they probably spend just as much extolling their virtues as agents for good in the world. They can do this because the cost of lawyers and spin doctors is a mere bagatelle compared with their profits.

Their strategies are frequently built around belittling and denigrating critics. Greta Thunberg provides a perfect example: her detractors deflect her criticism of world leadership by labeling it as the “naivety and idealism” of an autistic “child.” In such an environment, any error made by an adversary, any weakness of argument made by often cash-strapped individuals or small organizations who dare to take on the establishment, is pounced on like manna from heaven.

So, when criticisms started to be leveled at Seaspiracy, I was initially dismissive, instinctively thinking: “OK, so here we go again.” But when a colleague pointed me towards an article by Daniel Pauly, who was clearly frustrated by aspects of the film, I had to pay attention. Pauly is a Canadian academic, a marine scientist who is one of the fishing industry’s fiercest critics and has been for decades. I thoroughly recommend reading the article because his criticisms of Seaspiracy are thoughtfully and persuasively presented.

Pauly freely admits his enthusiasm for the concept of a hard-hitting documentary aimed at those responsible for the destruction of ocean ecosystems. And he acknowledges that “the film includes all the damning evidence and dramatic footage required to make the important point that industrial fishing is — throughout the world — a too often out-of-control, sometimes criminal enterprise that needs to be reined in and regulated.” However, he concludes with disappointment that the film is an opportunity lost as it undermines itself, “with an avalanche of falsehoods.”

Do I agree with his assessment? Largely, yes. Given Pauly’s stature as a scientist and his indisputable knowledge of marine matters, I have to accept that he makes some excellent points. And I have to admit to myself that I was so incensed by the film’s exposure of the cruelty, the indifferent carelessness, and the massive damage being done to the oceans of the world that my usually quite reliable antennae for things that “just don’t sound right” were probably a little numbed.

But was I entirely duped by it? No, I don’t believe so. And if I was, I am in good company. Paul McCartney was so taken with it that he exhorted his 3.5 million Instagram followers to watch this, “incredible Netflix program”, that will “radically transform the way we think about conservation forever.” Of course, McCartney and his family are renowned for their “meat-free Monday” campaign and for their enthusiasm for plant-based diets.

And it is precisely Seaspiracy’s inference that to heal the ocean we have to stop eating fish that really gets Pauly’s dander well and truly up. While respectful of veganism and that it may well, by choice or circumstance, become the way of the future, he maintains that for the moment, it is an option that only a fraction of the wealthy few would be persuaded to follow. He sees a blanket no-fish diet as an “absurd” policy that can only be defended by tilting at the efforts of NGOs such as Plastic Pollution Coalition and Oceana. It doesn’t make sense, Pauly says, to knock those trying to improve the situation instead of supporting their ongoing efforts for improved government policy, global cooperation, and bringing recalcitrant elements of the fishing industry into line.

However, part of the frustration felt by activists, yours truly included, is that governments and industry are so slow and reluctant to change even when faced with irrefutable evidence. For example, way back in 1989, when 90 million tons of catch were taken from the ocean, we already knew this was unsustainable, and we’ve watched yields decline ever since. Then, in 2012 a BBC Future article warned that “global fish stocks are exploited or depleted to such an extent that without urgent measures we may be the last generation to catch food from the oceans.” And so, for decades, we have been told with increasing urgency that the oceans have been all but destroyed. Little wonder that many of us have been so skeptical of claims of marine sustainability.

But have we been wrong? A report last year seems to suggest that at least to some measure we have been. This PNAS study points out that although overfishing remains an extreme global concern, it isn’t the case everywhere. In fact, the study revealed that “wherever fisheries are being scientifically monitored, there has actually been an average increase in abundance over the past few decades.” This suggests that where conservation measures are in place to curtail overfishing, the recovery of stocks can happen quite quickly. And it’s all the more encouraging in that scientifically monitored fisheries make up a “surprising 50 percent” of the worldwide reported catch.

But before we eagerly jump on a pendulum that seems poised to swing the other way, a word of caution. Data for this report was unable to include the massive fisheries of countries such as India, Indonesia, and China, which make up between 30 and 40 percent of the reported global catch. Furthermore, not all fishing is legal. Some estimates of the total illegal, unreported, and unregulated catch (I.U.U.) is as much as 11–26 million tons. That’s some 10-30 percent more fish over and above the global, accounted for legal catch. However, these estimates are based on statistics that are more than a decade old and are in urgent need of updating.

And then there is plastic. Plastic pollution of the ocean is undoubtedly a huge environmental issue. Few, if any, would argue about that.

However, Seaspiracy inferred that government and NGO focus on the individual waste component of ocean plastic pollution—straws, cotton buds, bottles, and the like—is simply diversionary. The film avers that it merely draws attention away from the real culprit, the 500,000 to one million tons of nets and other gear discarded into the oceans every year by the global fishing fleet. The filmmakers were certainly ill-advised to use this “tactic.” No question, discarded fishing gear is a massive problem, but any suggestion that the plastic pollution caused directly by our thoughtless daily habits is insignificant is patently irresponsible. Such a notion simply encourages already indifferent people to continue doing nothing. Preventing single-use plastic waste from reaching the ocean in the first instance is something all of us can and should do with absolute focus. All efforts to achieve public awareness and action in this regard must be applauded. And let’s never forget that plastics are just part of the problem. Some 80 percent of marine pollution comes from the sum of our actions on land—motor vehicles, septic tanks, chemical plants, agriculture, and just about everything else—all is washed into the seas.

That said, the fishing industry still has a lot to answer for. Its contribution to plastic pollution is significant, and the discarded gear carries on fishing long after it drifts loose. This is the effect known as ghost fishing as, “this gear continues to fish and trap animals, entangle and potentially kill marine life, smother habitat, and act as a hazard to navigation.” Then there are the disturbing deaths of people working to enforce laws around fishing, complicity in human trafficking, and slavery. The ghastly and unnecessary killing of dolphins and sharks remains. Disease-ridden, genetically compromised fish farming is far from the answer it was once hoped to be. And when all is said and done, the “blue tick” on supermarket ocean products that should guarantee sustainably caught products falls short of the promise, despite good intentions. “We would prefer they didn’t use the word sustainable,” says Gerry Leape, an oceans specialist at the Pew Environment Group, one of the major foundations working on oceans policies.

So, for all the mostly justified criticisms leveled at Seaspiracy, the film remains an inditement of our careless approach to the oceans that play such a seminal role in keeping the planet hospitable for humans. As environmental and political activist George Monbiot acknowledges, “the film gets some things wrong, but it exposes the grim ecological destruction of the Earth’s oceans.”

The Forward Lab, which describes itself as a “global platform for mindful humans,” sums it up rather well. “Despite its obviously one-sided approach, lack of intersectionality, and simplification of an extremely complex issue, the film succeeded in both raising awareness and starting a conversation about ocean conservation. Perhaps the whole film should be taken with a pinch of salt, but the overall message stands true.”

I agree. But if we are to take Seaspiracy with a pinch of salt, then I suggest that we continue to take everything the fishing industry says about itself with a bloody great handful.