By NewsroomOctober 15, 2019Anti-poaching, Conservation
No Comments

CHITWAN: The Nepal Army (NA) has tightened security along the Chitwan National Park (CNP) area bearing in mind a high possibility of poaching during the festival time.

The NA personnel deputed for the security of CNP are said to have been working with a different strategy in view of the increased security threat to wildlife during the Dashain, Tihar and Chhath festivals.

According to NA Batuk Battalion deputed for the security of CNP, during festival times, people remain busy in the celebrations and smugglers may have their eyes on the wildlife taking advantage of the festival mood of the public. 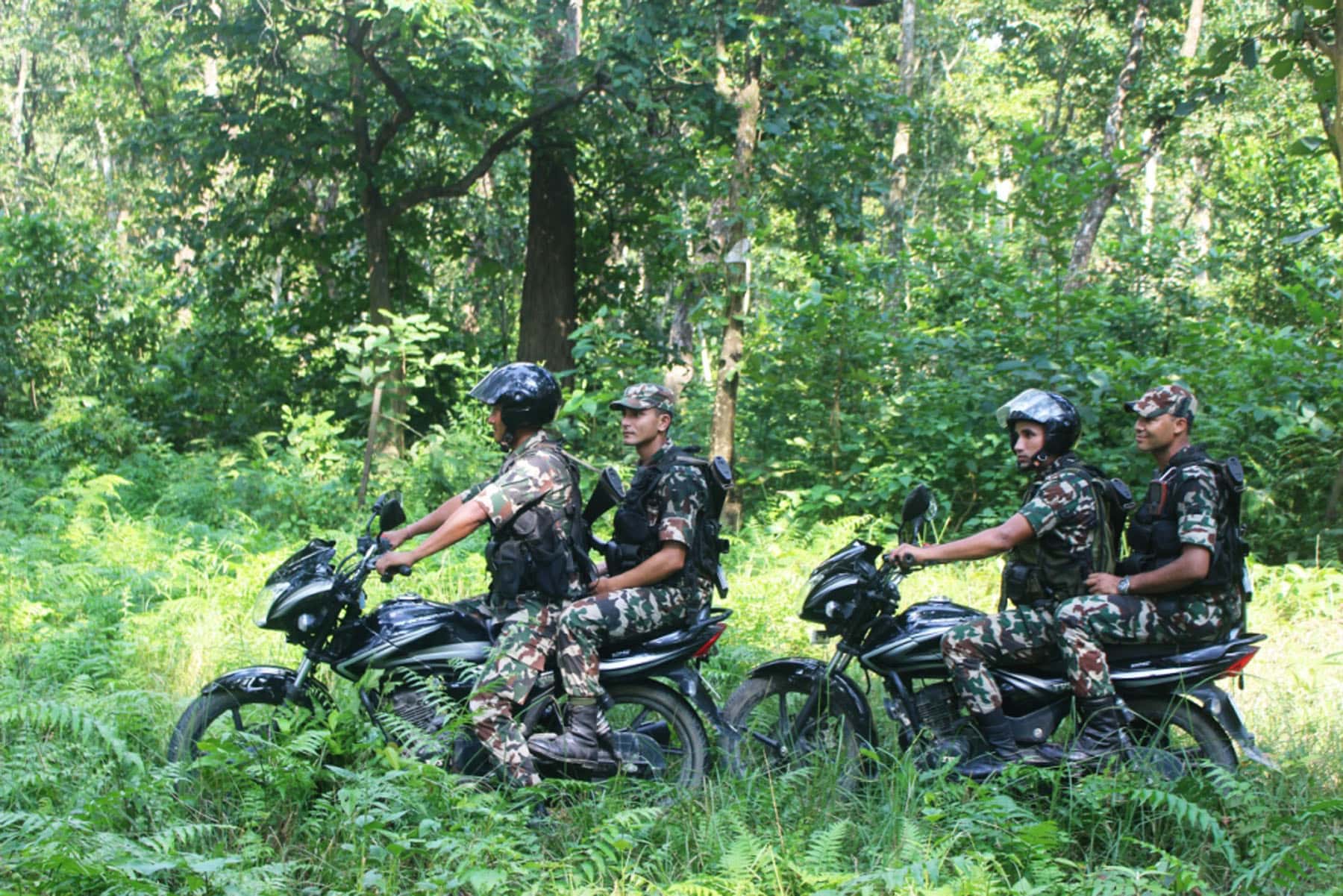 Most sensitive areas along the park area have been identified and a special security plan has been implemented there, said Battalion chief Lieutenant Colonel Arun Shrestha.

The number of high-tech CCTVs, drone cameras, elephants, and night ambush has been increased. ‘A search and sweep operation’ has been intensified in the most sensitive areas with the help of sniffer dogs and trained elephants. A special patrol team has been mobilized there, said Battalion Chief Shrestha.

In the latest years, poaching is almost zero in the CNP.

The CNP is the major habitat for one-horned rhino and Royal Bengal tigers. It is also home to several animals including elephants, crocodiles, spotted deer, bear and blue bull.

The Battalion has the support of CNP employees in its efforts to avert possible poaching. The record shows that there are over 60 rhinos alone in the eastern park area. The latest census puts the number of rhinos in the CNP at 605 and the number of Royal Bengal tigers at 93.