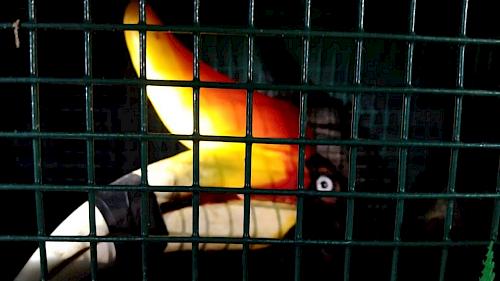 One of the eight live hornbills confiscated. Image: As originally published by TRAFFIC.