Self-help projects: A way to curb human and wildlife conflict

By NewsroomSeptember 7, 2021Communities
No Comments 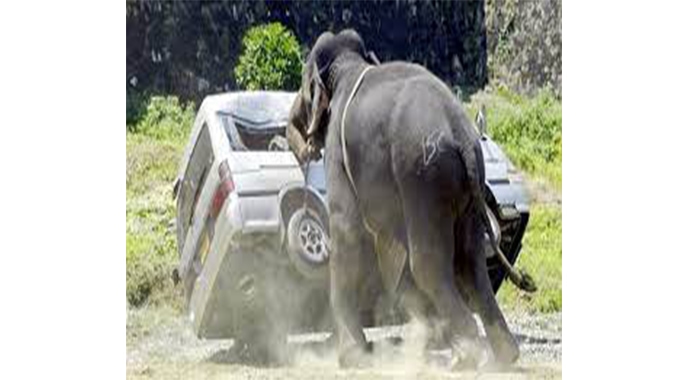 Solutions for human-wildlife conflict. Image: As originally published by The Chronicle.

Most communities sharing borders with national parks have been targeted to run self-help projects by some wildlife conservation organisations. This is for communal members, especially the unemployed to earn a living instead of exerting pressure on the natural resources for survival, like cutting trees for firewood, charcoal or fencing material or poaching wild animals for game meat, ivory or trophies to be traded for personal gain which in most cases are monetary.

The initial stages for such establishment, are marked by a series of community meetings to discuss the establishment of communities’ relationship with wildlife, especially wild animals which encroach into communities from neighbouring national parks. Questions and answers are traded; Common questions like: Why do some of the community members engage in poaching activities?

Which wild animals are problematic to communities in terms of destruction of crops and livestock?

These feature as diagnostic questions to find possible solutions to human and wildlife conflicts. It’s good that during such meetings community members also give interesting answers: Poaching activities are said to be a result of unemployment.

In such meetings, those who justify unemployment as a reason for poaching always suggest that consideration should be made that poachers should be employed by safari operators or different anti-poaching units after completion of their jail terms. The big question is; if completion of poaching jail term becomes  “an employment ticket’’ is that not going to encourage more poaching activities in communities?

During the introduction of such projects, some community members might decide to become bystanders — being sceptical, as they suspect taking part in such projects might be mere leaning on a broken lead as far as the survival of such projects is concerned, as they will not want to engage themselves in something which will be a damp squib at the end. Some may decide to get involved in such projects, and through their effort such projects become a success story as they continuously benefit from them, and eventually the intended goal of reducing poaching, human and wildlife conflict is achieved as community members linked to these successful projects realise the gains of such projects and finally play a pivotal role in encouraging the other community members to conserve natural resources especially wildlife. It is unfortunate that some of these projects start very well, but eventually wither and die like a beautiful flower due to poor administration.

Projects like community gardening, crafts making, apiculture and soap making,  have been undertaken in communities as vehicles towards improving the standards of living for participants, at the same time being  ‘‘tools’’ towards  conservation of natural resources. From the ecological and economic point of view,  it’s good that these self-help projects introduced in communities, like apiculture or permaculture gardening promote use of organic fertilisers or pesticides, live fencing, use of chilli, or bees to control elephants can promote sustainability since most of the resources are affordable and readily available.

As a conservationist, I appreciate the efforts by different stakeholders who support communities through such self-help projects, at the same time reducing dependency on natural resources.

A number of questions have always lingered around the establishment of these projects, especially when they fail; was the type of project imposed to community members, or was there any wide consultation made prior to its establishment? Is there any sign that the target group had an intention or had shown an effort that it needs support from outsiders to run the project, for example, a group garden fenced with tree branches which shows an ‘‘effort” by the target group, and the donor can chip in with a proper fence to prevent deforestation. Crime records have shown that men dominate poaching crimes. Do men constitute a reasonable number in these self-help projects? It is good to pay attention to these pointers. Imposing a self-help project on community members is a recipe for failure, if not a mere dog’s breakfast!

Community members should be given the opportunity to choose the type of projects they want, as they are aware of the project’s chances of survival due to their experience of the environment they live in. The same sentiments were expressed by Twalipeda gardening project leader in Cross Dete, Ms Rahabi Maligo.

‘‘We started our gardening project as a small project eight years ago. We didn’t have a proper fence, we used sickle bush — ugagu branches as our fence, and relied on natural rains for our crops until a donor came to our rescue and donated a water pump. This was through realising our gardening effort as a group. We now have a well-fenced garden, and reliable water supply. The survival of the project has also been through our working together, and ability to assess the market for our produce. Village bank savings have also made our project sustainable,” she said.

Twalipeda gardening project is thriving with 42 members, the majority being women. The project members come from communities where tree cutting for charcoal or firewood processing is prevalent.

“It’s good that such gardening projects get support from different stakeholders because they  largely contribute in reducing destruction of the environment, especially cutting down of trees around our community. This has greatly helped local leadership, and law enforcers.’’

The issue of sustainability of community self-help projects has been of major concern since some of these projects have been short lived.

Sustainability can be achieved if community members are given the opportunity to choose the type project they would like to undertake, run some projects which will use readily available resources, forming a community group, and proper training on sustainability of a project is important