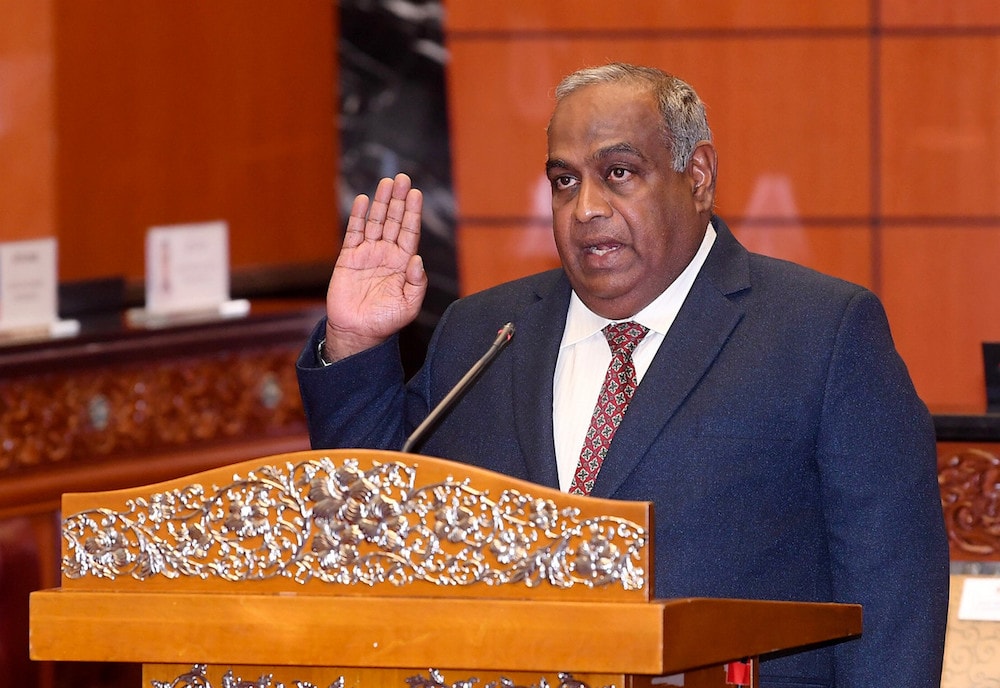 The government has been urged to submit a detailed investigation method by the authorities involved to identify individuals or masterminds embroiled in the smuggling of rhinoceros horns recently.

Senator Datuk A. Kesavadas said logically the rhinoceros horns smuggling syndicate, which was foiled by the Department of Wildlife and National Parks (Perhilitan), was surely masterminded by a wealthy individual since it involved a huge cost.

“This matter has invited a thousand and one questions as to whom is making the purchase for all the rhinoceros horns and for what purpose were they smuggled in.

“Logically, it must have been masterminded by a wealthy individual who has the financial clout to own certain parts which are worth a lot as found on a wildlife like the rhinoceros,” he said.

He said this during the debate session on the Wildlife Conservation (Amendment) 2021 Bill in Dewan Negara today.

In addition, he also suggested that the penalty and jail term on individuals who were charged and found guilty under the bill be increased.

Kesavadas said the RM50,000 minimum fine should be raised to RM100,000 commensurating with the profits reaped by those who smuggled in the animal parts which were worth tens of millions in a single shipment.

He said the bill encompassed amendments to 63 provisions, abolishment of seven provisions and the introduction of seven new provisions.

He said all the amendments were compiled into seven main scopes, namely, co-ordination and enhancing punishments and penalties; raising punishment rates and penalties; provisions for false declarations as well as prohibition on the organisation of shows and promotion of wildlife.

In addition, there is a creation of special provisions to regulate activities involving the handling and wildlife services on the introduction of fee collection and co-ordinating of sections.

“The bill on Wildlife Conservation (Amendment) 2021 is more responsive to current needs in eradicating wildlife crimes.

“The enforcement of the existing Act 716 fail to reduce the wildlife crime rate which will cause the extinction of wildlife. This approach is not only aimed at protecting wildlife but also its habitat,” he added.