A senior police officer at Oshakati’s protected resources unit was the mastermind behind the poaching incidences which occurred in Etosha National Park last month.

In an interview with New Era yesterday, Minister of Environment and Tourism Pohamba Shifeta confirmed that two rhinos have been poached to date this year, where a senior police officer who is heading the protected resources unit was involved.

Shifeta said the police officer together with other members of the Oshakati Town Council were arrested when caught red handed while removing the horns of two poached rhinos in the Etosha National Park last month.

Both suspects appeared in the Oshakati Magistrate’s Court and were denied bail. 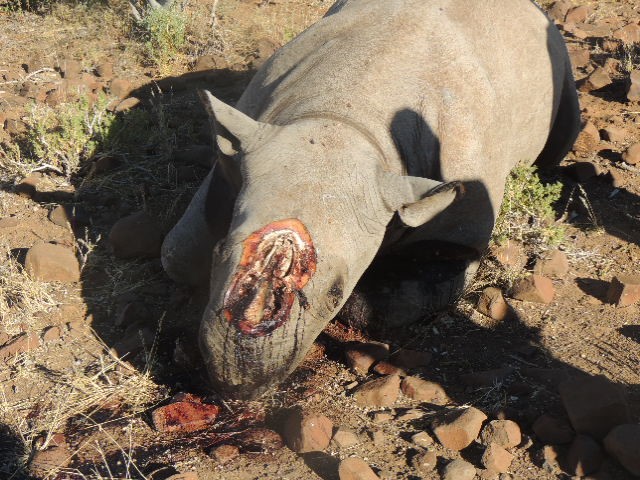 “There is a syndicate. The middleman is a police officer who was commanding the protected resource unit. Imagine, someone who is supposed to protect the wildlife is involved in poaching. They appeared and were denied bail. It’s a serious matter, especially when it involves a senior police officer,” Shifeta said.

Shifeta said there were incidences of poaching last year which involved soldiers.

Shifeta revealed for all these illegal hunting activities and illegal possession of game products, 87 cases were opened in 2019 with 201 people arrested, compared to 115 cases in 2018 with 138 people arrested.

A total number of 26 firearms were seized while 27 vehicles were impounded.

He further said about 201 people arrested in 2019, 182 people are Namibians, nine are Zambians, seven are Angolans, two are French and one Mozambican.

“The year 2019 was characterized by a high number of cases, arrests and rhino, and pangolin poaching or trafficking. The number of arrests is significantly higher than in the previous years, which also had a lower percentage of arrests related to rhino, elephant and pangolin,” he said.

He added arrests and seizures related to rhinos have remained relatively stable, while a high number of pre-emptive arrests continued to stop poachers before they killed animals.

Equally, he maintained arrests and seizures related to both elephant and pangolin have increased, with pangolin cases showing the most alarming rise.

He congratulated the staff members of the environment ministry, the Namibian Police Force, the Namibian Defence Force, customs, prosecutor general’s office, Ministry of Justice, the communities, the civil society, farmers, private sector, international donors and everyone involved in the fight against wildlife crime.

Shifeta specifically addressed Namibian soldiers, police officers, wardens and all personnel in parks and other conservation areas with duties to protect the country’s icon species.

“Your duties are very demanding but yet tempting sometimes. Focus on your duties, be patriotic enough to say no to temptations and greediness. The nation looks upon you as the saviours of these iconic species. Retire from such duties with pride and with good history instead of being incarcerated for having succumbed to temptations and hereby erase your good history,” he encouraged.