By NewsroomJune 28, 2021Rescue and rehab
No Comments 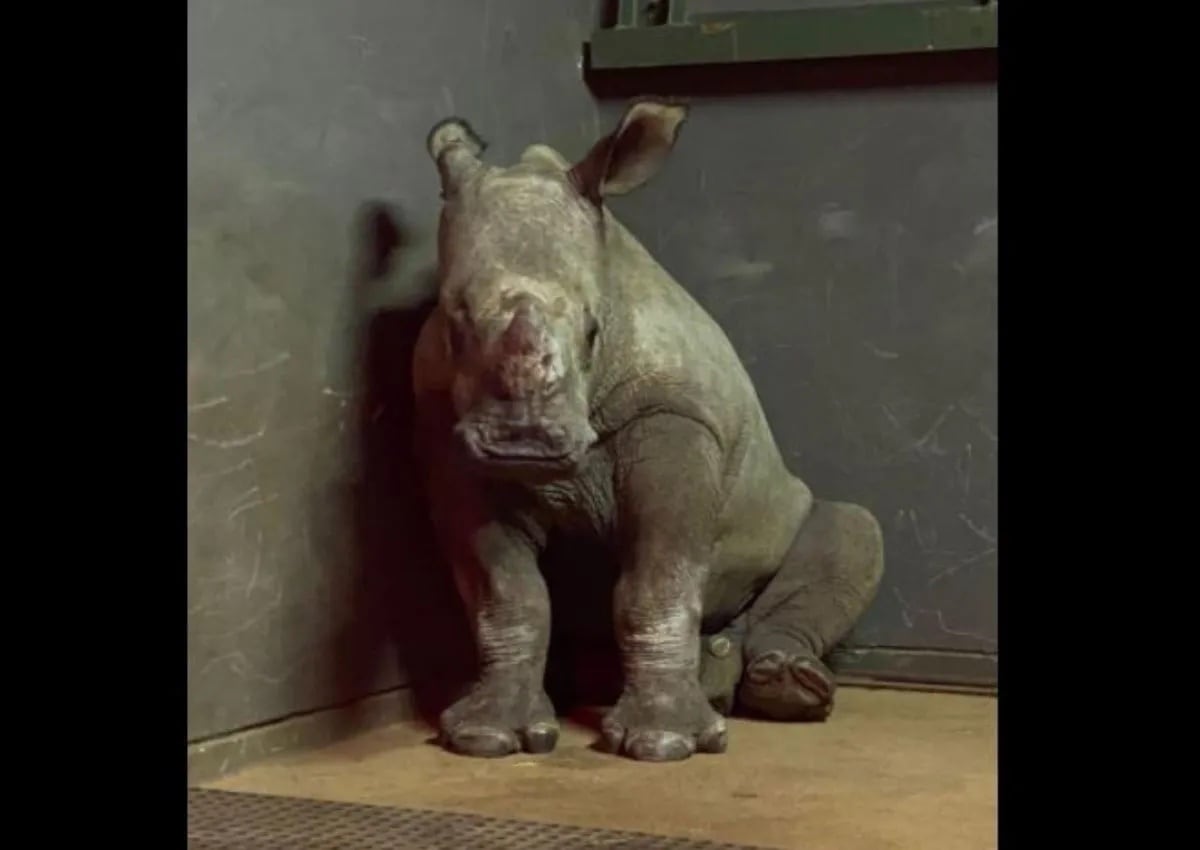 An orphaned seven-month-old rhino calf. Image: As originally published by The South African.

A seven-month-old male white rhino calf was recently taken in by The Rhino Orphanage after a ‘brutal poaching incident.’

The Orphanage said the white rhino calf was brought to the Orphanage on Friday after a brutal poaching incident.

“The little boy was beside himself, fighting in the trailer the entire night. Our vet Dr. Pierre came to assist with the offloading early on Saturday.

“The blindfolded baby was placed on an IV line as dehydration is the norm. It is suspected that he was alone for around 2 days.”

The Orphanage said carers worked around the clock to try and get the rhino calf named Duane on milk.

“Finally around 1am on Sunday morning he took the bottle. His blindfold was removed on Sunday afternoon but the traumatized calf did not tolerate any humans in with him.

“Our carers kept on trying to give him milk and luckily he is drinking through the barrier.”

On Sunday no one could go in with him yet.

“There will be long hours ahead for rhino and carers. We are keeping a close watch for any signs of colic due to impaction as a result of dehydration. Gastric ulcers caused by stress will also be a possibility.”

Fortunately by Monday Duane was doing much better.

The Orphanage said there was a change in his expression.

“The sad little figure that was sitting in a corner and charged the barrier over & over, looking a little brighter.

“Both nervous at direct contact at first but here we are, slowly but surely a carer won him over by midday.

“It never ceases to amaze us that these little rhinos, who have been through horrendous events, accept the love we give them, regardless of the fact that our own species took everything from them.”

The Rhino Orphanage is the first specialist, dedicated, a non-commercial centre that cares for orphaned and injured baby rhinos with the only aim of releasing them back into the wild.

Meanwhile the Rhino.org said there are only about 18,000 white rhinos left in the world, nearly none of which are found outside of protected areas.