By NewsroomMarch 3, 2020Uncategorized
No Comments

Open All Hours star Sir David Jason has slammed trophy hunting as the “most senseless kind of animal cruelty”.

The Only Fools and Horses star, 80, is backing the Mirror’s campaign to outlaw the sick hobby and ban hunters from bringing vile souvenirs home.

In a final plea before a Government consultation ends today, he said: “We should seize this opportunity to make all our voices heard before it is too late. 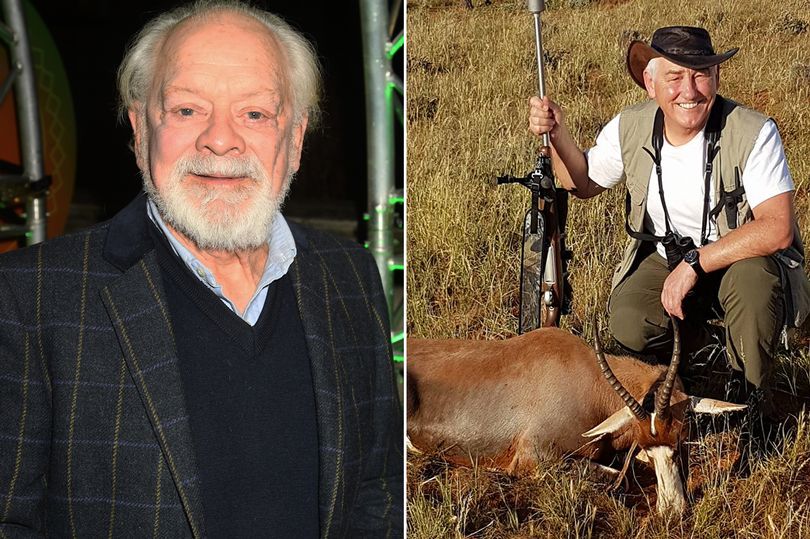 “British hunters are permitted to kill giraffes and zebras and bring home their heads and skins to decorate their homes.

“They are allowed to kill tame lions and leopards in enclosures the animals cannot escape from – just so they can pose for a photo.

“No wonder people are angry and want trophy hunting banned. I cannot understand why this is still legal.”

Its government says 30 black and white rhinos have been killed in the past year but campaigners say it is more likely to be at least 45. The rhino population there is just 300.

Eduardo Gonclaves, of the Campaign to Ban Trophy Hunting, said: “When it’s a black African killing an animal for meat it’s called poaching. When it’s a white foreigner who kills for fun, it’s trophy hunting.

The Mirror’s campaign to halt the importation of animal trophies is backed by a host of stars including Liam Gallagher.