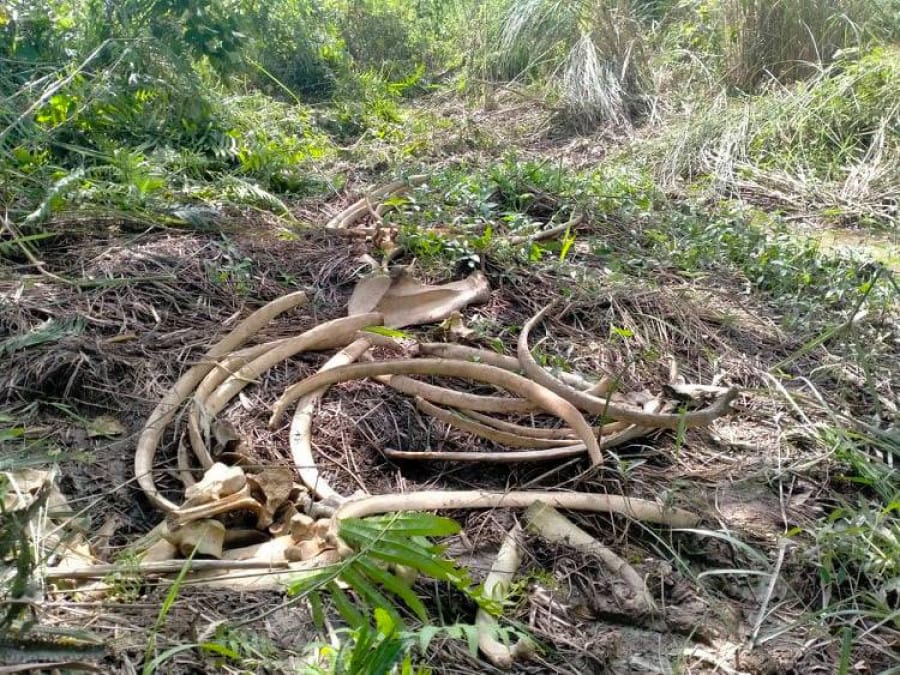 The skeletal remains of a rhino found at Chitwan National Park this month. Image: As originally published by The Kathmandu Post