Sixth orphan for Care for Wild sanctuary since November

By NewsroomJanuary 17, 2022Rescue and rehab
No Comments 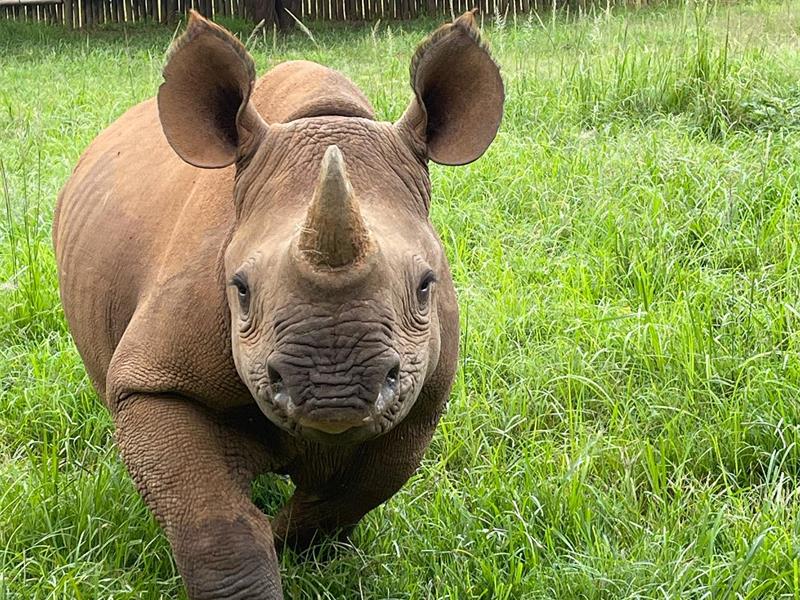 Last year Lowvelder reported on one particular Care for Wild orphan, Daisy, that had been admitted to the sanctuary about a month ago.  She recently celebrated her one-month birthday.

It was touch and go for the young calf over December, but she pulled through with the help of her caregivers.

On December 30, the sanctuary admitted yet another calf – their sixth orphan in just over five weeks.

Jock, as he has been named after the Jock Environmental Monitoring Unit (Jemu), was found standing alongside an older bull; an unusual sighting.

With no mother nearby, Jemu was called in to investigate. The older bull had been shot through the jaw and received treatment at the scene by the Kruger National Park veterinary team, but the young calf was flown to Care for Wild.

His name is a fitting tribute in recognition of the people working night and day in this fight to save and protect rhinos.

Soon after his arrival, Jock was introduced to fellow orphans Eli and Apollo. He is thought to be around 10 months old, so the caregivers have been working hard to gain his trust to ensure he receives the correct nutrition and supplements in the form of a pasty mix instead of a bottle.

Care for Wild said its vision for Jock remains the same as for every rhino orphan arriving there: a thorough rehabilitation programme followed by successful rewilding and release into a protected area. That takes time and a great deal of commitment. For now he is still learning to adjust to life without his mum. Fortunately, he has a whole lot of support.

Taro, a young black rhino was the first in the wave of admissions. The sanctuary reported that he is also doing well.

He was rescued after his mum had been killed by poachers at the end of November.

Naturally more shy and elusive, and considered more aggressive than their white rhino counterparts, this little black rhino calf had all the potential to be quite a challenging admission to stabilise.

Care for Wild said he is a little angel, though. The sanctuary described him as big in body, but still very young in his exploration and approach to the world; a giant baby.