By NewsroomFebruary 6, 2020Anti-poaching
No Comments

GUWAHATI: Based on a specific input of illegal transaction of a suspected rhino horn by some unknown person SDPO Bokajan P.K Pegu APS, launched an operation and apprehended one Lalkhongmang Kipgen (40), S/O Langkhajang Kipgen of Natun Sehjang under Bokajan PS, Karbi Anglong on Tuesday. 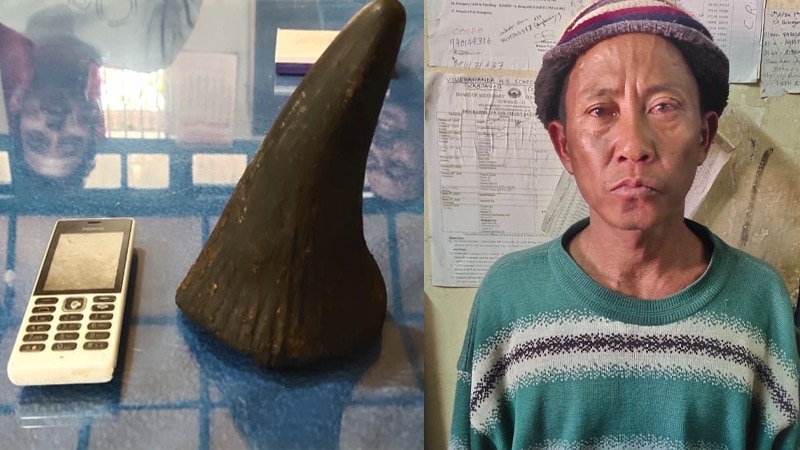 A Bajaj Platina bike bearing registration no. WB 20 R 3400 and a Nokia mobile phone with SIM cards were also seized in the presence of witnesses.

It may be mentioned that as per media reports, rhino poaching in Assam is one of the major environmental issues in India which continues in the region of Kaziranga National Park, Manas National Park and some other grasslands of Assam.

The one horn rhino or Indian rhino is surviving in the north-east corner of India, Assam. Kaziranga National Park, Pobitora in Marigaon district and Orang National Park in Darrang district of Assam account almost 95% of the total wild One-horned rhino in the world. These rhinos are inhabited most of the floodplain of the Indogangetic and Brahmaputra riverine tracts and the neighboring foothills.