By NewsroomNovember 4, 2019Anti-poaching, Conservation
No Comments

South African government will deliver endangered Black Rhinos to Malawi following signing of a memorandum of understanding (MOU) between the two countries on Friday in Lilongwe.

The deal was sealed this morning when Minister of Natural Resources Energy and Mining Bintony Kutsaira and the South Africa High Commissioner Ahlangene Sigcau finalised the paperwork for the MOU in Lilongwe. 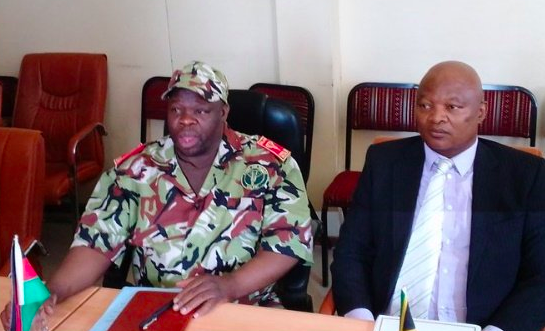 Original photo as published by Nyasa Times: Minister of Natural Resources, Energy and Mining, Bintony Kutsaira, and the South African High Commissioner Ahlangene Sigcau finalised the paperwork for the MOU in Lilongwe.

South Africa will supply the animals to restock Black Rhinos and promote tourism in Malawi. Kutsaira said the rhinos will be put at Liwonde National Park where the British troops are doing their training for security to beef up the number of trained rangers.

Sigcau said his govt is encouraged to hear that the rhinos are going to be well-secured. The non-profit organisation, based in South Africa with Dutch support, has already transformed Malawi’s Majete Reserve and is including the Nkhotakota Wildlife Reserve in its latest long-term initiative.

The aim is to help Malawi to become the next big safari destination. The move comes against the backdrop of an unfolding rhino poaching crisis in South Africa, home to most of the world’s population of the bulky pachyderms.

South Africa has more than 80 percent of the world’s rhino population with about 18,000 White Rhinos and close to 2,000 Black Rhinos, which is why it has been at the frontline of the horn poaching crisis.