South African tourism on its knees—thank you Britain, thank you ANC.

By Peter BorchertSeptember 29, 2021Editorial
No Comments 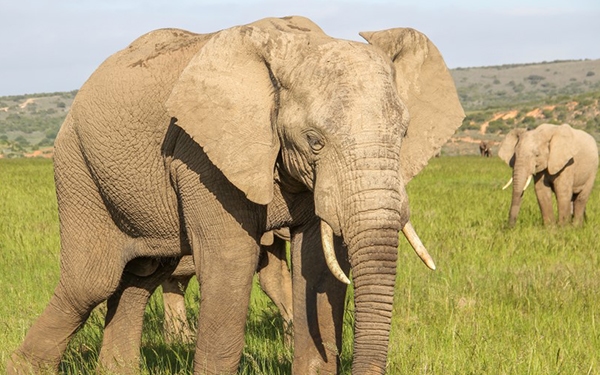 I seem to be disquieted by a growing litany of things to do with the world and the increasingly dystopian way it functions. I know that I am far from alone in this, but being in the company of those with such shared grim feelings is cold comfort. Yes, there are nice things too, and these need to be celebrated and egged on, but often they seem little other than counter eddies struggling heroically against an irresistible tide of awfulness. And most disturbing, the constant thread in all of this, the common denominator driving the tide, is the seemingly invincible triumvirate of indifference, corruption, and greed.

The source of this morning’s dollop of worry and despair came from Joe Cloete’s article in the Daily Maverick. Joe is the CEO of the Shamwari Private Game Reserve in South Africa’s Eastern Cape province. Shamwari is a magnificent place borne of an extraordinary vision and commitment to returning degraded agricultural land to Nature. The story began in 1990 with the purchase of a small (by South African standards) 3,000-acre farm, and the arduous, time-consuming, and expensive process of clearing alien vegetation and restoring the wildlife and flora began. Today, Shamwari sprawls across a rolling landscape of nearly 62,000 acres and has won worldwide renown as a superb safari destination.

Shamwari is a great story, and it’s not the only one. Take Phinda in KwaZulu-Natal, Lapalala, and Welgevonden in Limpopo, and the mosaic of private reserves on the western flank of the Kruger National Park— all and many, many more have been wrestled back into a near-natural state. Of the more than 1,650 conservation areas in South Africa, nearly 1,000 are privately owned, clearly making a massive contribution to the nation’s conservation effort. And, through tourism, whether consumptive via hunting or non-consumptive via the game viewing sector, its contribution to the country’s exchequer has been equally massive.

In 2018, tourism bucked the trend in South Africa’s otherwise sluggish economy. As Investec Bank commented: “One silver lining in these trying times is the wildlife economy that is growing and bringing some much-needed skills development, job creation and cash injection into rural communities… [and] the oil that runs the wildlife economy is tourism.” It contributed more than $9 billion in 2018, accounting for 2.8 percent of real GDP. Furthermore, the South African tourism sector accounted for more than 716,000 jobs—about 4.6 percent of the country’s total employment figure.

These times were soon to become even more trying because at the beginning of 2020 came Covid-19. In one horrendous blow, tourism and all the revenue flows emanating from it disappeared. And, although there are now some small signs of a welcome upturn, the sector, as Cloete points out, is still a long way from recovery.

The Covid-19 pandemic has devastated the global travel industry, and although there now are signs of activity resuming in some markets, the sector is still a long way from recovery. Particularly worrying for South Africa and other major African destinations, the data reveals that the countries faring worst are those that rely on long-haul travelers. These are the folk who typically stay longer and spend more, and they have all but disappeared. They are the lifeblood of Africa’s upper-end private lodges. Looking to the future, Cloete’s concerns are particularly depressing. “A year ago, I was asked when we anticipate guest numbers… returning to pre-2019 levels. My gloomy projection was 2023. Now, that seems optimistic.”

The question has to be how long can safari operations keep going in such a depressed and slow-to-recover market? Already many private reserves have had to close their doors and the longer visitors stay away, even more lodges will fall by the wayside. “By the time the recovery comes, South Africa may no longer be able to reclaim its place in a competitive global market,” Cloete remarks gloomily.

The unpalatable consequence is the knock-on effect for conservation and biodiversity in general. As pointed out earlier, tourism is the only source of revenue for private conservation areas; without this funding, the costly business of managing the land and the wildlife on it becomes impossible to continue. When this happens, there is no quick fix, perhaps no fix at all, when you consider how long the rewilding process takes. In fact, it never stops. Shamwari has taken three decades of money, sweat, and tears to get it to its present state, and I’m sure that Cloete would concur that no reserve manager would ever be able to sit back and say, “Job done.” Conservation is “cripplingly expensive, and the margins are thin.” It is a perpetually and unrelentingly demanding process.

Of course, South Africa, indeed all of Africa, is not the only region of the world to have been hit by Covid-19 or had its tourism industry decimated as a result. So, where do previously mentioned ills of indifference, greed, and corruption fit in this sad scenario?

To my mind, Britain’s current restrictions on travel to and from South Africa are a prime example of that country’s indifference and arrogance towards South Africa and the developing world at large. Ongoing caution is obviously recommended for all people traveling anywhere in the world. But it is hard to see the justification or fairness behind the UK government’s “new, simplified system for international travel,” the purpose of which Transport Secretary Grant Shapps says is to “make it easier for people to travel.” Well, that’s a laugh. Apart from banning all but a few South Africans with UK residency rights from visiting British shores, even fully vaccinated British citizens returning from South Africa are obliged to spend 10 days of isolation in a managed quarantine hotel. The going rate for this “service” is around $3,000 per person, so add this to the holiday bill, and it’s easy to see why a trip to South Africa readily falls from the list of attractive destinations.

Marc Mendelson, a professor of infectious diseases at the University of Cape Town, is a Briton who earned his Ph.D. at Cambridge’s prestigious Addenbrookes Hospital. He said he was “embarrassed” by his home country’s government. “Misinformation, misrepresentation, outdated & inaccurate science,” he tweeted recently. Infectious disease specialist Dr. Alastair McAlpine concurs, “Maybe it is politics or racism, but it is not science.” He points out that there are countries with higher caseloads and less testing and tracing than South Africa. “It’s quite arbitrary,” he said, “like people are picking and choosing their favourites. From a medical and scientific perspective, it really doesn’t make any sense. I believe given the economic ramification for the country and tourism, the UK must give us an explanation. It’s super flimsy, and they owe us an explanation.”

Indeed, they do, for if it is not politics or racism, both of which I am sure will be strenuously denied, then it is even worse—plain, simple indifference. Boris Johnson, who has enjoyed African hospitality on several occasions, should be ashamed of himself and his colleagues. It might have been Donald Trump who referred to African nations as “shithole countries,” but it was Johnson who allegedly once blurted that “the problem in Africa is that Britain is not in charge anymore.”

Indifference with traces of underlying bigotry there might be, but Britain, of course, is not solely to blame for South Africa’s painfully slow tourism recovery. Much of the blame, the lion’s share, has to be laid at the door of the South African government, particularly at the ANC and its shaky leadership. South Africa should never have allowed itself to be in its present “no go” status. On the contrary, this country should have been on a par with countries (including Britain) that have achieved the highest vaccination rates in the world. We had the opportunity to be way, way further down the track than the present 8.39 million fully vaccinated citizens—a mere 14.3 percent of the country’s total population.

What went wrong has been well documented despite the shroud of secrecy, incompetence, and corruption. By early December 2020, it was already “worryingly clear that the government had no vaccine strategy at any level of maturity apart from the fragile COVAX arrangement… a pooled procurement and distribution initiative aimed at securing large volumes of vaccines for countries that might struggle with bilateral agreements.”

Now, nearly a year down the track, Deputy President David Mabuza has stated that South Africa aims to vaccinate 40 million of the country’s 60 million people by the end of this year. It is hard to feel any confidence in this ambition, especially now that South Africa’s daily Covid-19 vaccination rate has plunged to little more than 50 percent of the target of 300,000 doses a day. Not only has this daily target never been achieved, but it also seems that overall, the “inoculation drive may be losing steam amid criticism of a lack of information about the shots among more remote and impoverished communities.”

Of course, the underlying problems go back well beyond the pandemic’s start. They are rooted in the State Capture scandal that emerged during the second term of erstwhile president Jacob Zuma’s administration. The bill for this criminal fiasco sits at around $100 billion, just shy of the total government budget for 2019. As the Daily Maverick commented: “Put differently: State Capture has wiped out a third of South Africa’s R4.9-trillion gross domestic product, or effectively annihilated four months of all labour and productivity of all South Africans, from hawkers selling sweets outside schools to boardroom jockeys.”

So, when Covid-19 hit, the country was already reeling from fraud, corruption, and maladministration. Then, adding insult to injury, when funding from the sorely-stretched state coffers was found for essential PPE for frontline medical staff, it was promptly stolen. As 2020 drew to a close, South African law enforcement agencies were investigating almost $700 million in potentially corrupt coronavirus spending across South Africa, cynically dubbed “Covidpreneur looting.”

Better spent, these stolen billions could have gone a long way, not only in an effective, early response to the pandemic but also to shore up health care delivery in general and so many other critically underfunded social services. And yes, some of it could have been invested in supporting South Africa’s tourism industry and the precious landscapes and creatures that are such a huge part of its foundation.

So while Britain’s unfathomable Covid-related rules and regulations are indeed driving a few nails into South Africa’s tourism and conservation coffin, the coffin itself undeniably bears the not-so-proud label “made in South Africa.”